My experience in Amsterdam actually started in Delft. To explain myself, I didn't have a place to stay in Amsterdam by the time I got here. So, after landing at Schiphol airport, I went straight to Delft to stay at a friends place. In fact, I stayed there during my first week in the Netherlands and I was traveling to Amsterdam almost everyday, to look for a house. For those who didn't get the message, finding a house in the Netherlands and especially in Amsterdam can be a big pain. After around two weeks and several times of getting lost, I found a room in Amsterdam Noord, just a couple of days before the start of my courses.

So, house: check. Then let's have some fun with the University. 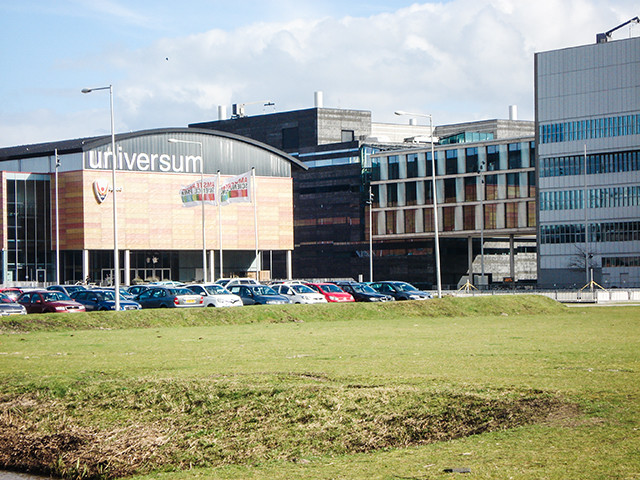 Actually, my first experience with the university was even before finding a room in Amsterdam. First, for a general introductory day at Science Park (one of the two campuses of the University of Amsterdam) and then for the intro-day for the master program at the Vrije Universiteit (the other university in Amsterdam; the two universities cooperate). The general introductory day is when they give you the keys of your student house (if you have one), you register to the city hall and arrange an appointment with the bank, in order to open an account. Pretty handy if you ask me. The intro for the master is also cool since you get to meet your new fellow-students and most likely have some beers with them; what the dutch call borrel and it usually follows this type of events.

Here, I have to say that during these days I had the chance to see the facilities the university offers and I was astonished. One can literally stay at the university if everything else fails, especially in Science Park, which I think is the newest campus. A comment regarding bureaucracy at this point: although it seems to be improved with respect to Greece, for example many things are done online and fast, you will still have to arm yourself with patience, since people will rarely take responsibility and will most likely redirect you to someone else or even to web pages.

So the courses start running, hoorcollege and werkcollege every week for seven weeks and then, the eighth week, there comes the first tentamen (this timetable might be different for different study programs, but the semester is in general split in three blocks, two blocks of two months and one block of one month). It is a pretty intense schedule and the exams come very early, maybe before you even have the chance to get used to the reality here. So, don't get very upset or depressed if you fail your first exams, even the second, because you will need some time to get used to the teaching pace of the dutch university. Give yourself a couple of days after the exams to have loads of fun, as if there is no tomorrow, or veg in front of the laptop/TV if you prefer. Point is, find a way to refresh yourself, cause you are going to need it to make it through the year and eventually find some balance between studying/working and having fun.

Important remark: if you will be a student, keep in mind that in the dutch university you will have around two weeks of vacation during Christmas, but not during Easter. Instead, during spring, vacation days are kind of spread during 1st April (e.g. Kings Day on April 27 a.k.a. crazy dutch party in the streets) and May (maybe a good period for short trips).

An advantage that one has when he or she migrates in order to study is that it is easier to integrate in the new environment for mainly two reasons: 1) English is usually good enough in the academic environment, so you buy yourself sometime if you want to learn the local language and 2) most likely you're gonna find yourself in a group with more people like you e.g. internationals that are looking for new friends. It is even better if the locals are more open to create new friendships as well and they do not only stick with their old buddies; I was lucky enough to meet some of those dutch people. 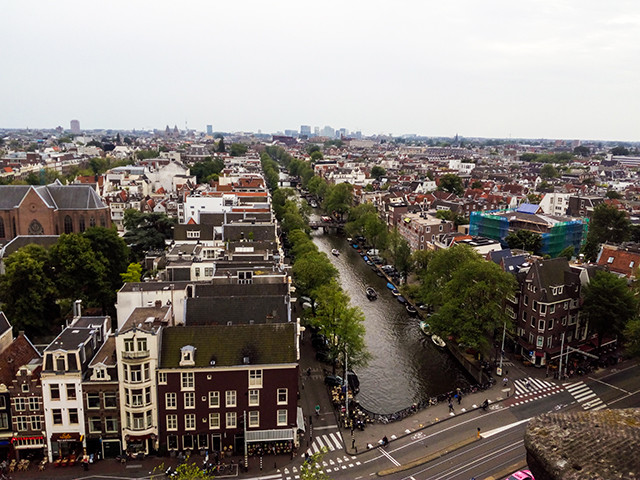 Of course Amsterdam offers much more than a good university. One of the things I find great about Amsterdam is that it is a small big city. By this I mean that it offers options for every taste, several different things to do and places to visit, and usually the distances you have to cover can be done at most by biking around 30-40 minutes. Although, sometimes finding a spot to park your bike can take a while (coming from Greece I never imagined this would be an issue).

The center is pretty crowded usually, very touristic and this can turn out to be tiring after a few times. Normally, on a Friday and Saturday there are even more tourists and you can find some of them drunk in the streets from early in the afternoon, especially around Red Light district. Okey, I have to admit that it can be fun to watch this sometimes. Of course, there are many nice places (bars, restaurants etc.) in the central area with a distinct character that you can find by exploring it. More to the western part of the center and behind the Westerkerk (the tallest church in Amsterdam with an awesome view from the top), you can find the Jordaan; a relaxed neighbourhood with some traditional dutch brown cafes.

It's always nice to visit the Museumplein (where one of the famous "Iamsterdam" signs stands), as well as the Vondelpark nearby (Amsterdam's largest park). For the museum lovers; I only have a personal opinion about Van Gogh museum and I found it pretty interesting. However, many friends who also visited Rijksmuseum expressed the opinion that this was more fascinating than the Van Gogh. So, if you find the time, try to form your own opinion on this matter, it can be fun. Both of them are very big and of course there are plenty more museums in Amsterdam if one is into these stuff.

One of my favorite areas is the Indisce Buurt and the places nearby (Muiderport, Dappermarkt, Oost-erpark etc). It creates for me more the feeling of neighbourhood that I have in mind. In addition there are many nice cafes/bars and restaurants that stay open late enough to have some beers after studying on a normal weekday and to do that away from the campus. Obviously, there are many other interesting corners of Amsterdam to be explored and even more events to experience (music festivals, parties etc.), which I am not mentioning either because I do not have an opinion on my own, or because this text is already enough like a tourist guide.

In the end, Amsterdam is a very nice and interesting place to be. It combines a good structure (thing actually work most of the time) with a more laid-back attitude. With this I do not mean that working/studying is easy and not stressful or tiring. I just mean that it's not like living in a box {work, eat, sleep, repeat{ but there is room and chances for fun, as well as plenty choices. Of course there is the housing problem and the dutch weather is not exactly pleasant (mostly windy and rainy), but you get used to it and you can have a good time nevertheless. Also, it is a multicultural place and by sharing houses you experience from first hand other cultures, which can be pretty cool.

First time visitor in Amsterdam. This guide will save you time, money and get you a starting point for…

Landing in the Netherlands and starting your life here as an international student, can be a bit scary…