Fewer and fewer are becoming the days I will be living in Maastricht. So I think that the best way to say goodbye to this beautiful medieval city is by writing a post/city guide for every future tourist/student/professional who will want to visit for some days or more this specific part of the Netherlands. I am sharing all the information that I got this year that I was living in Maastricht and I honestly wish one thing to each one who will decide to come here: Enjoy and “fall in love” with this small, pretty city – what I actually did here. 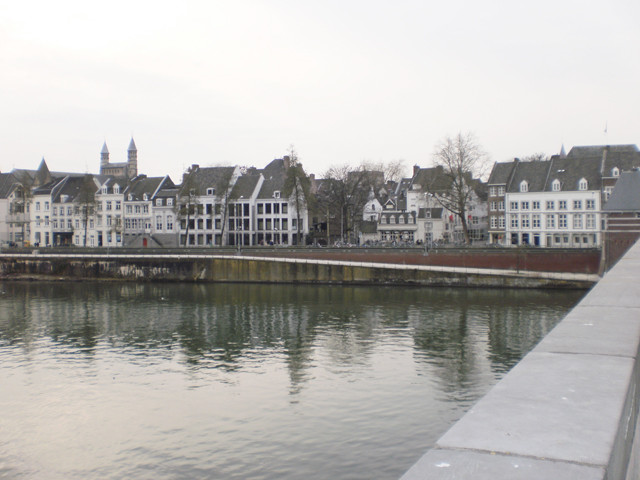 Some words for Maastricht… if someone asks you!

It is the oldest city in the Netherlands.

It is the southern city of the country and it is in the middle of Belgium and Germany (by train you need 1 hour to go to Brussels and 2 hours to go to Dusseldorf). 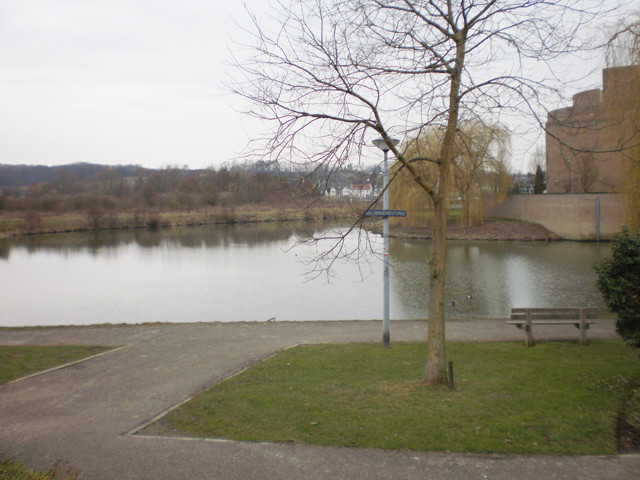 The official language of Maastricht is Dutch but the citizens here speak the limburgian (limburgish) dialect. That is why most Dutch people don’t consider Maastricht as a typical Dutch city but more a German or a Belgian one.

In 1992 it was signed here the well-known Treaty on European Union, which was the beginning in order the European Union to be created.

What you should visit in Maastricht

The wonderful, medieval city center. Take your first photos in one of the 3 most well-known bridges which connect the two parts of Maastricht (there are more bridges but they are not available for pedestrians). Walk to Maarkt square and then to Vrijthof square and enjoy viewing all the Dutch pubs and restaurants around you. 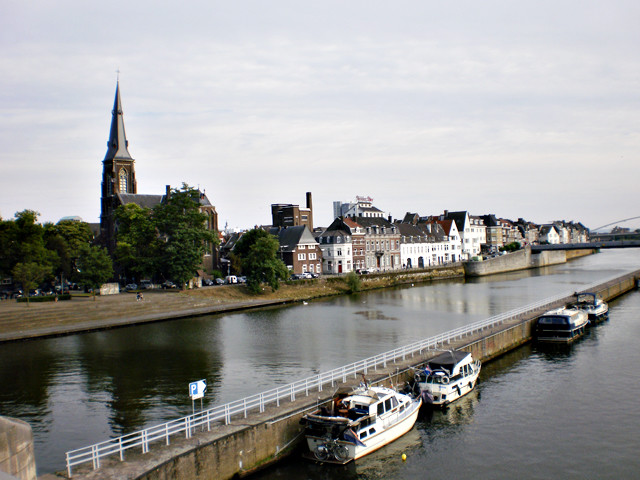 Johannes Petrus Minckelers statue in Maarkt square will surprise you when you will figure out that the real flame in his torch doesn’t extinguish. Why? Because Minckelers invented illuminating gas.

The other statue that you should definitely see is the one of D’ Artagnan. Yes, the one of the three musketeers (well the fourth actually!). Did you know that during the 17th century he died in Maastricht? Well, the most funny thing is that some people don’t know that he really existed! Anyway, the statue of D’ Artagnan is located in the Aldenhof Park in case that you want to take some photos of it. 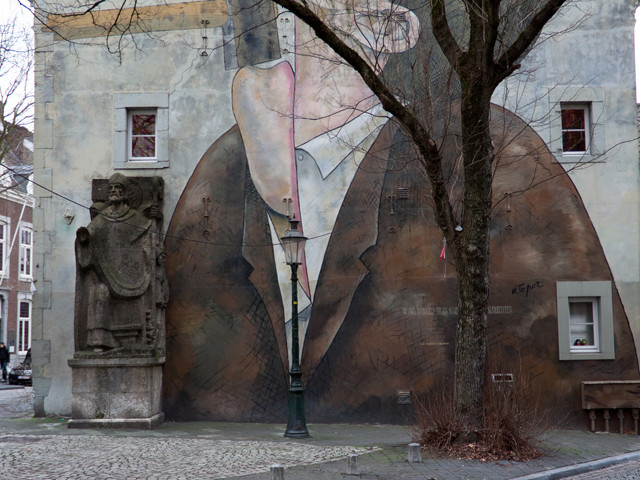 One street before you reach Vrijthof square you will find the Selexyz Dominicanen, maybe the most famous bookshop in the Netherlands and one of the 20 most famous bookshops in the world (as I read in a recent post). Why is it so much appreciated? Because we talk about a bookshop inside an old Dominican church. The decoration inside is made of wood and iron and there is a small café-patisserie in the middle (actually in the area that would be the Altar of the church) where you can find delicious desserts!

Keep walking above the Vrijthof square. Opposite the Papenstraat stop it is located the Law School of Maastricht University. Most students consider it the most beautiful University building in the city. 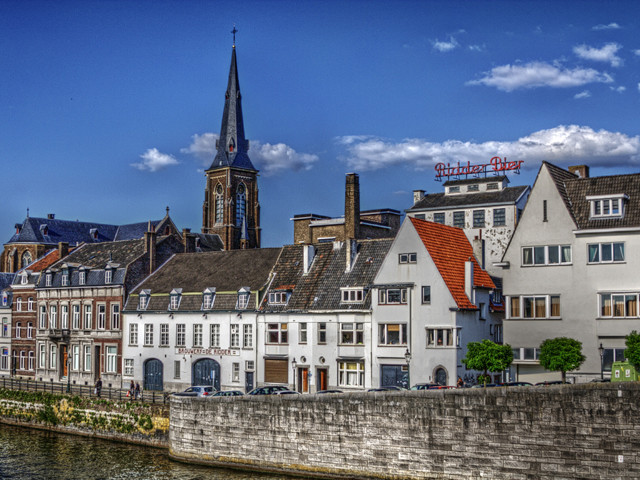 If the weather is good (well it is unpredictable for sure!) have a walk in the City Park down the white bridge. The scenery around you will be absolutely idyllic while you will not believe that one of the busiest streets is so close to you. You will definitely love the water fountains and the small lake inside the park.

If you want to see some Dutch countryside take your bike or the local bus with the number 10 and visit the neighborhood named “Heer” (southeast area of Maastricht and literally in the borders of the city). This area is full of wonderful family houses and at the moment you cannot expect it you will see unlimited Dutch grasslands and a little further some forests. Horses, donkeys and various animals will be found in front of your eyes and eventually you will believe that you are out of the city. But you are still in!

Around the city: Walls and caves. Ask a native citizen to give you some good guidance and the right direction and then get ready to walk in magical places!

Finally, for the museum lovers, the Bonnefantenmuseum and the Natural History museum worth a visit. 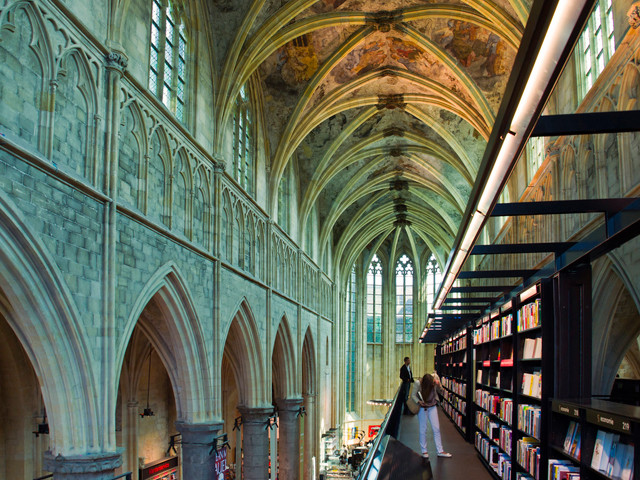 In Vrijthof square and Maarkt square there are various bar-restaurants where you could drink your beer or you can taste the Dutch cuisine. Personally I prefer the café “‘D’ Ingel” in Vrijthof and “Sjiek” in Maarkt if I want to eat or drink something. For a late drink you could go to “Kiwi”, to “Zondag” or to “Edd’s Café”. Extremely popular is also the bar “Take Five”.

If you are not interested to Dutch cuisine and you want to taste other flavors and international cuisines, then “run” immediately to “Donatello” for Italian food, to “La bodega” to find Spanish tapas and to “John Mullins” pub for Irish dishes and more neutral choices.

For those who want to drink their beer in a really relaxing but also amusing rhythm: you will love Irish pub “Shamrock” where you could have your drink while you are playing pool or slot machines.

For anyone who loves dancing until the first morning hours, the “De Alla” (most famous night club in Maastricht) is a really good option and if you prefer something more chilling you could go to “Defile”.

Seasons where Maastricht is worth a visit

During Carnival period. Ask any Dutch you know and they will tell you that Carnival in the Netherlands is gloriously celebrated in South Holland and especially in Maastricht. For three days and three nights all – totally all! - people in Maastricht wear masks and go around to drink, yell, sing, dance… Feel free to do anything with them! 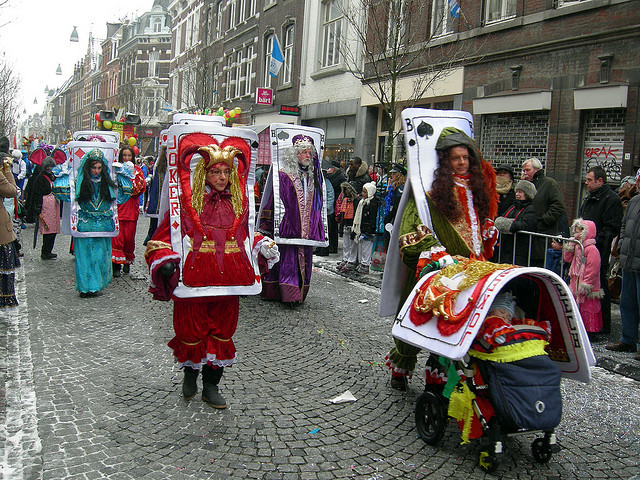 In King’s Day (during April). It is the day when Dutch people celebrate their King. For me it is better if you celebrate King’s Day in Maastricht if you want to join events and celebrate with other people than going to a larger city like Amsterdam or Utrecht where with so many people you will feel at least uncomfortable! 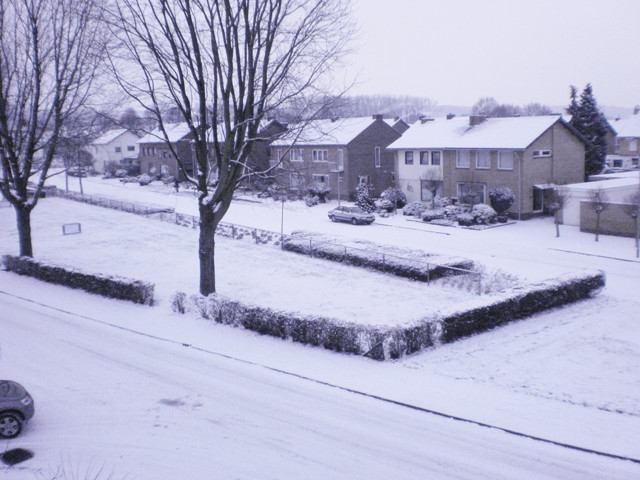 During Christmas period you will remember again why Christmas is a “magical” feast. The decoration, the whole atmosphere, the Vrijthof square more glamorous than ever with the small winter wooden shops, the ice skating rink and the several games will make you remain in the city centre for many hours. If you stay until New Year’s eve you will be lucky enough to welcome the new year on the stone bridge of Maastricht together with hundreds of native and foreign people, while you will be enjoying the bright water of Maas and the impressive fireworks which will start “booming” the first seconds of the new year.

Any time of summer when the weather could be considered as quite good, but not too hot. If some people cannot stand the heat in Greece and want something more bearable while they will be seeing everything around them blooming, then a flight to south Holland will be a terrific idea!