One of his first appearances in cinema was his passing from "One Life We Have (Μια ζωή την έχουμε)" (1958), as a coffee maker next to Takis Horn! 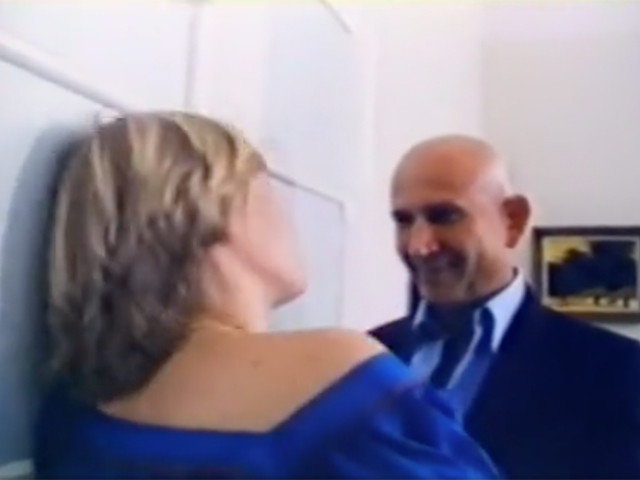 Most of his films were softcore police adventures, which were populated with some scenes of pure pornography. "Σεξ 13 Μποφόρ (Sex 13 Beaufort)" sold 85,000 tickets in 1971, in the Stone Age of Greek Cinema!

"One of my best movies I think it was" Sex 13 Beaufort ". These movies had good money, sex was in my blood ... Gradually the world began to get to know me. What I think the audience was winning was my spontaneity, my quotes. It was all very authentic." 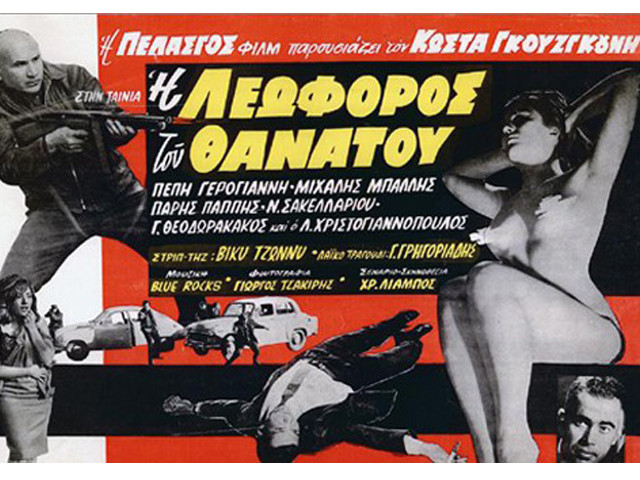 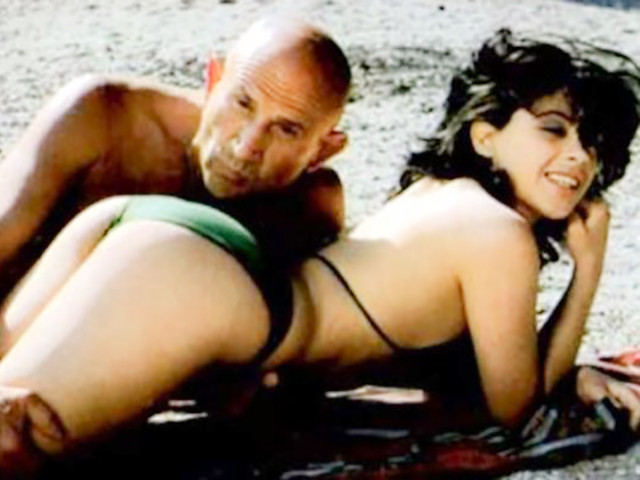 Today, at his 85 years old, Kostas Gousgounis lives permanently in Athens. He wakes up, as he says, very early in the morning and goes for winter swim or racquets in Loutsa. Meets with friends, comes out to eat and never sits quietly! Just as we would expect him to do.

As confessed, he fell in love only once in his life and he got married twice this woman of his heart:


"I only fell in love once in my life, and I married this woman. We even got married twice. My wife was not jealous, but my mother-in-law was putting words to her, so we separated. When it took me back again, the second time, I asked her "Why did you want to remarry me?". "Because is only chaos without you," she replied. I have slept with a lot of women in my life, many of them loved me, but I was just stuck with her. I lost her a while ago and it costed me a lot. "

Gousgounis enters the living room and sees his daughter with her girlfriend. Sits a bit with them and suddenly he says:
Gousgounis: Can i ask? Do you get him from the ass?
Daughter: Dad !!!! What are you talking about;!
Gousgounis: E! To break the ice!

Two chicks are sitting on the beach all alone. At a certain point, Gousgounis appeared from nowhere. At some point he asks them:
Gousgounis: What are you doing here, naked?
Chicks: We expect someone to pass by and fuck us.
Gousgounis: A! Well, it is a good thing that I was passing by.

Gousgounis plays the role of a pizza delivery boy.
Gousgounis: I brought the pizzas.
Chicks: But we didn’t order pizzas.
Gousgounis: You ordered or not I will fuck you.

Gousgounis returns home tired (he made plumbing repairs)! Leaves the bag with the tools down to the floor. He says hello to his wife and asks her:
Gousgounis: What do we have for dinner?
Wife: I did cook dinner!
Gousgounis: What? You didn’t cook? I will fuck you!

Gousgounis is fucking a chick in front of the camera. At some point he mutters loudly:
Gousgounis: I wish I had a beer now …
And from nowhere, a hand appears with a beer and the craftsman drinks without stopping his work.

Gousgounis is naked with a chick, and after doing the preliminary, he goes and touches his genitals on a radiator. Chick: What are you doing there?
Gousgounis: I am heating your breakfast!!

At the end of the scene, Gousgounis ejaculates inside his partner's mouth, which she began to spit out.
Gousgounis: What are you spitting it, does it has pits?

Gousgounis is relaxing at home. The door opens, his wife comes in with shopping bags.
Gousgounis:: Did you buy feta?
Wife:No
Gousgounis: It seems to me that you want me to fuck you.

Gousgounis to a partner:Hold the wall I am gonna push!

Gousgounis comes out of the sea with a chick. They are both wearing diving uniforms. The chick makes the move to pull out the mask.
Gousgounis:: Do not take the mask off, because I will throw your eyes out!

Some of the most influential greek movies. Zorba The Greek, Stella, O Drakos, The Ogre of Athens, Never…

Soula is a dramatist, storyteller, actress, presenter and comedian. In 2005 I graduated from the Theaterkade.