Living in the Netherlands comes easy for most, since the Dutch speak very good English and are more than willing to practice their English and help you out. However, there are words and phrases in daily and business life worth knowing in order to not only impress Dutch friends and colleagues but that will also help you get through the day!

The Taalhuis-team put their heads together to create this Dutcher than Dutch mini dictionary. We hope you’ll enjoy it! 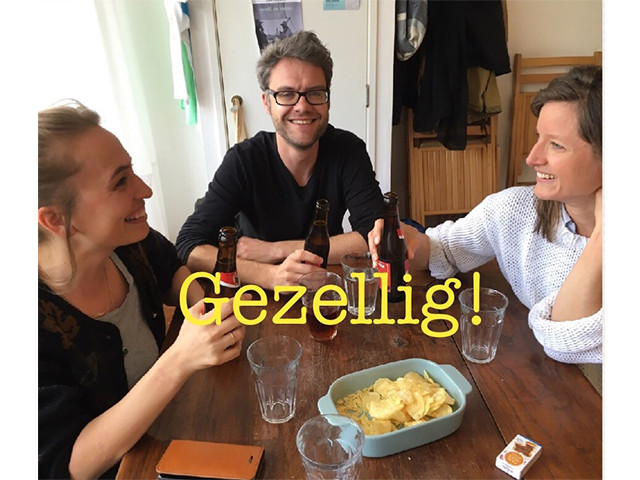 This cannot easily be ignored: the always so sober (nuchter) Dutch go wild whenever they see korting (discount) and even better: gratis! The Dutch don’t usually queue up for things but watch what happens when something is free!

Nothing to talk about? Just start talking about the weather: Lekker weertje, meaning “nice weather”!

Whenever it is sunny this is one of the most common phrases.

Speaking about lekker... You can say that about almost everything else too. Food, drinks, perfumes etc. And if it’s not lekker then it’s leuk. One of our students for example said “lekker hondje” about someone’s dog and was soon avoided by the dog owner, because this means “tasty dog”.. In this case “leuk hondje” (nice doggy) is much more appropriate.

And then of course there is gezellig the untranslatable word, meaning that something is cosy, warm, nice, fun, enjoyable. Can be used practically everywhere and anytime. 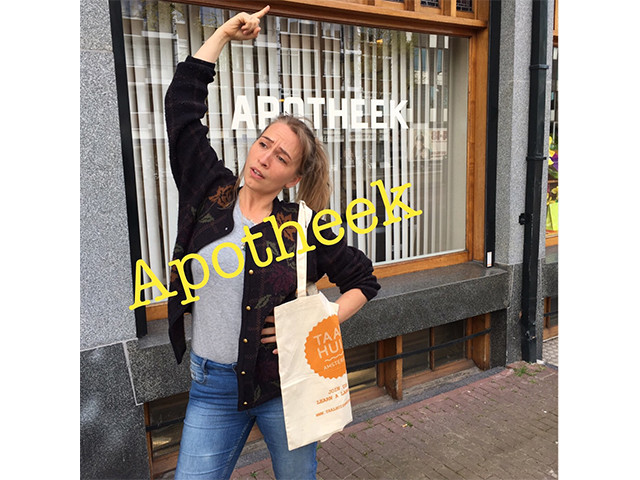 When in the Netherlands, it is good to know where you can buy the stuff you need. A drogist, is a drug store, where you can buy cosmetics and non-prescription drugs. Kruidvat and Etos are two of the biggest chains. Contrary to other countries, you cannot just waltz in a pharmacy (apotheek) for medication. You need a prescription from your doctor in order to get any drugs covered by the insurance.

We are sure you heard it many times, “tasje erbij”? Would you like a bag? A year ago it was a phrase you heard mostly in the supermarket. Since January 2015 the Netherlands have introduced a new policy to ban the plastic bags for the good of the environment, which prohibits shops to give plastic bags for free. 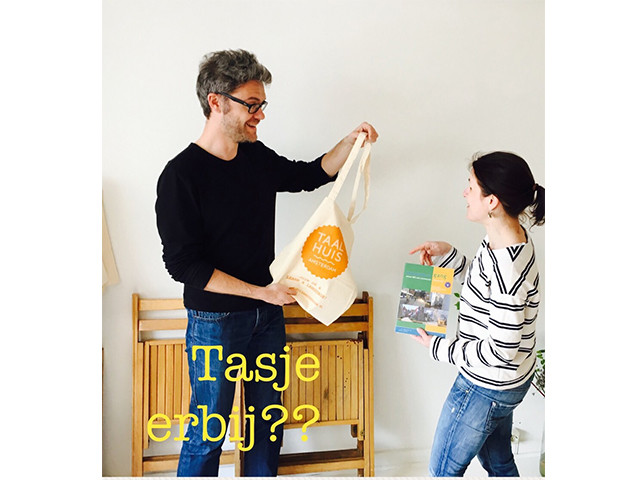 Also heard is “Gaat ’t zo mee?” (meaning : “do the groceries go with you like this?”).These bag related questions are often followed by “bonnetje mee”? If you don’t want your bonnetje (receipt) then it is not printed.

A nightmare for some, an enjoyable ride for others. In the tram you’ll hear “volgende halte”: next stop, while in the train “volgende station”: next train station.

Although public transport is well-organized, the inevitable tends to happen… “vertraging”: delay. If you commute by train to work it’s an important word and a popular topic for Dutch small talk!

By the way: “small talk” in Dutch is “praten over koetjes and kalfjes” (talking about cows and their offspring). A phrase that seems to cause much irritation is “deze trein rijdt niet verder”, meaning that this train will not go any further. If you hear this phrase, keep in mind that reaching your destination might become a small Odyssey. Often you will have to do some overstappen, to change trains in order to arrive at your destination.

So …. if you want to start working in the Netherlands you’ll need a BSN (Burger service nummer) social security number. It is issued as soon as your register at the municipality and of course a zorgverzekering: health insurance. It is one the first things that you have to take care of when arriving in the Netherlands.

After a relative careless period, you’ll get introduced to the Belastingdienst: the tax-office. They don’t try to make your life very difficult, however all communication is in Dutch since they are not allowed to send information in English.

And usually you pay them, but sometimes they pay you instead with Toeslagen, an allowance you get FROM the belastingdienst if your income is not too high, and it comes in different forms: for the children’s daycare (crèche / kinderopvang), underage children, the rent, the health insurance.

If you start your own business you might be a ZZP’er: freelancer, literally meaning a self-employed person without personnel (Zelfstandige zonder personeel), and then you’ll also need a BTW-nummer: tax-registration number for companies and freelancers. Not to be confused with the BSN and you’ll send your clients a factuur: an invoice. Non to be confused with a bonnetje (you’ll probably also get some facturen by the way..)

In the work environment you do a lot of overleg: meeting with colleagues or external parties to discuss work related subjects. Don’t worry if a colleague is giving you a hard time during one of those. He/She is just expressing his/her opinion, no harm intended. 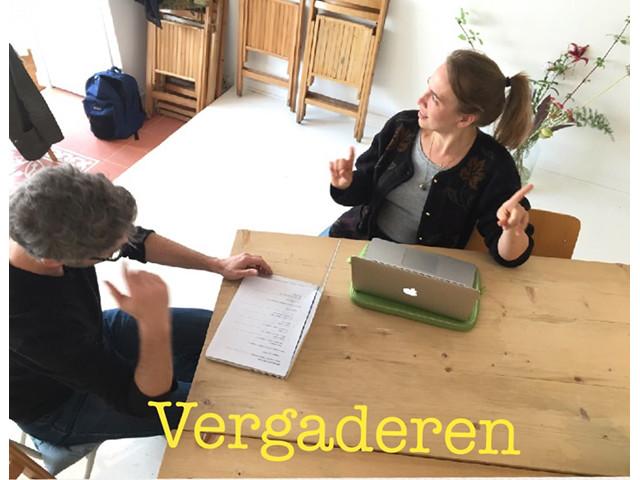 You’ll be making a lot of afspraken: appointments and you’ll also attend a vergadering: another word for meeting. And then you have to put your heads together: Koppen bij elkaar steken and if it’s difficult and you have to make a decision, you have to lay an egg about it er een ei over leggen (Expression frequently used to say “I need some time to think/ decide”) If you promise your colleague something don't forget to follow up: Terugkoppelen. And for real serious team work: Knallen: to bang! i.e as a team to make a project successful. And if you don’t want to do something, you just throw your task “over de schutting” (over the fence) to another colleague. 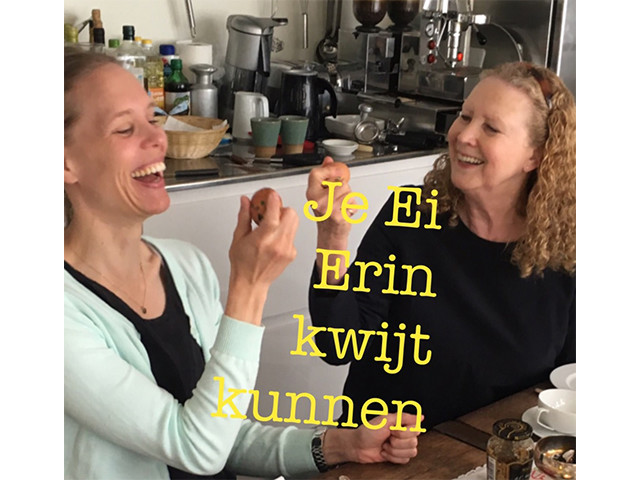 And then some other things that you need to know to get by. Before you start thinking that the Dutch are a bit “cuckoo”, know that they love to use idioms, such as “fluitje van een cent”: it’s a whistle of a cent, meaning it’s a piece of cake; or “ik kan mijn ei erin kwijt”: just one more “egg expression”, saying “I can lose my egg in it”, meaning to have the opportunity to express yourself.

Discontent can be expressed with opzouten!, meaning “salt off” but having nothing to do with food. It’s the Dutch way of saying to bugger off! “Tjonge, jonge”: (boy, oh boy) spoken out in an irritated way, also expresses someone’s annoyance and discontent. 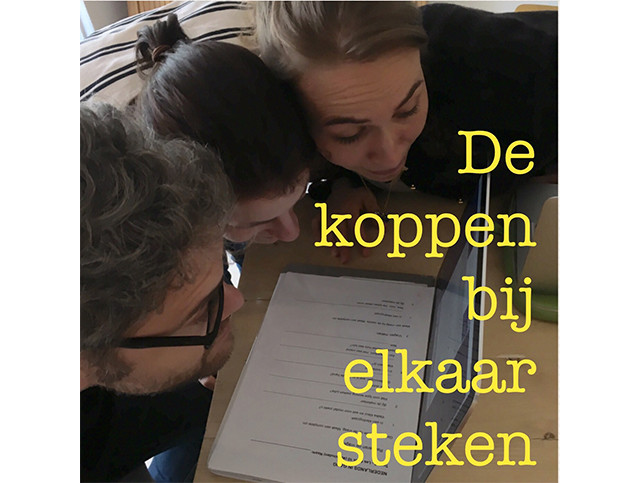 As you might have noticed, the Dutch are not very flamboyant, since the as they say “doe maar normal dan doe je al gek genoeg”: translated as “act normally, you’re crazy enough as you are”, it doesn’t necessary mean that you need to behave, but also that you have to act “normally”, or not show-off. Last but not least, the key-word that will help you understand Dutch society poldermodel: it doesn’t get more Dutch than this one. The word describes consensus decision-making, based on the acclaimed Dutch version of consensus-based economic and social policy making in the 1980s and 1990s (a polder is a piece of land, won over water).

We hope you found the article gezellig and useful. Hopefully it will enable you to do some kletsen: chit-chatting) with the people in your surroundings.