Newcomers in the Netherlands is not a club or an organization. It is a pure idea, one beloved team of remarkable people with colorful views and good knowledge of the bureaucracy and the way of life in the Netherlands.

The purpose of this group is very simple: to help every Greek Newly arrived with questions on any difficulty they may be facing in the Netherlands. The idea was launched in October 2014 by Dimitris and George at The Hague and since then every day it grows, adding members to the group, facing new challenges and continuing to help anyone in need, for free and with great responsibility and discretion. 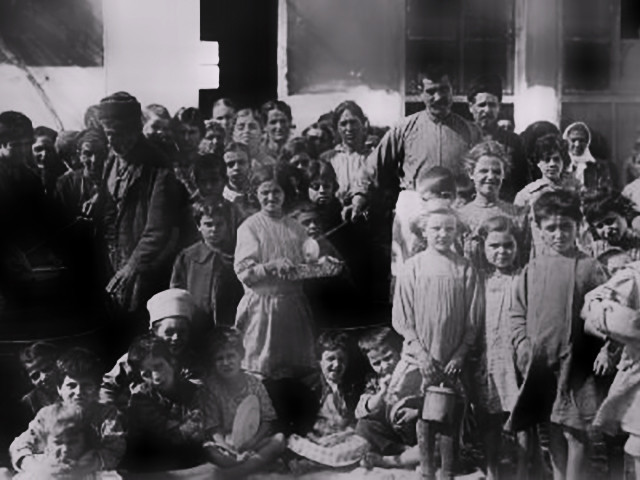 The group of Newcomers are your friends, is your second opinion, adviser and a pleasant company. Because the questions are more or less the same, but the answer is every time and case by case different.

After two years of cooperation with them, we decided to invite them to a meeting, to better meet and discuss their distinct idea and action.

All Greeks, but still gathered on time for the meeting. We had the first coffee of "welcome" and had a buffet with "canapés". Faithfully following the adage "Hungry Bear does not dance" we passed to the main course and closed with the traditional "digestive coffee".

"Now we were ready to start!" 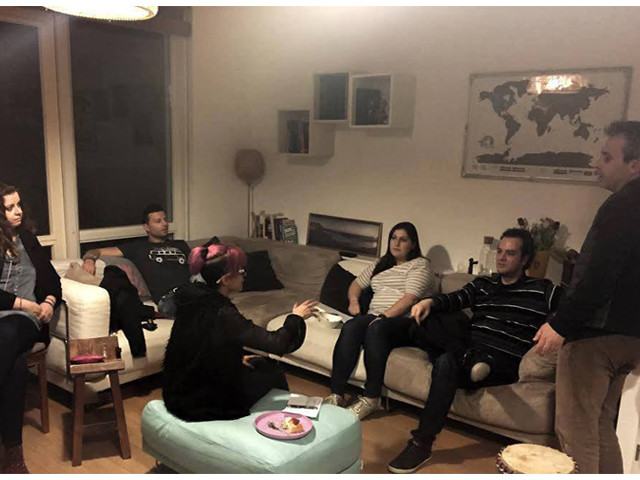 When and how did the idea of Newcomers start?

Dimitri as a co-creator of our team gives two answers, one official and one unofficial ....

"Seeing that in 2014 there were no structures which could help Newcomers in the Netherlands and the belief that some problems cannot be solved via the Internet, we decided, experimentally, to start the service hours. So we looked around, found a place and started to gather once a week. So simple! This along with a simple Facebook page for general information, communication and contact with those who have an urgent need. This is the official version. The informal is that we had to find a way to detoxify George from his addiction to Facebook.


The official worked. The informal, not yet! "

The meetings began at The Hague once a week from Dimitris and George. When George moved to Amsterdam, it was a good opportunity to expand the meetings but also to grow the team.

Later, a team of motivated people joined like Lefki who managed the service hours in Rotterdam, Chris, Fotini, Manolis in Amsterdam, Giannis in Utrecht, Theodoros in the Hague and then gradually Newcomers added to the group such as Machi and Konstantinos. 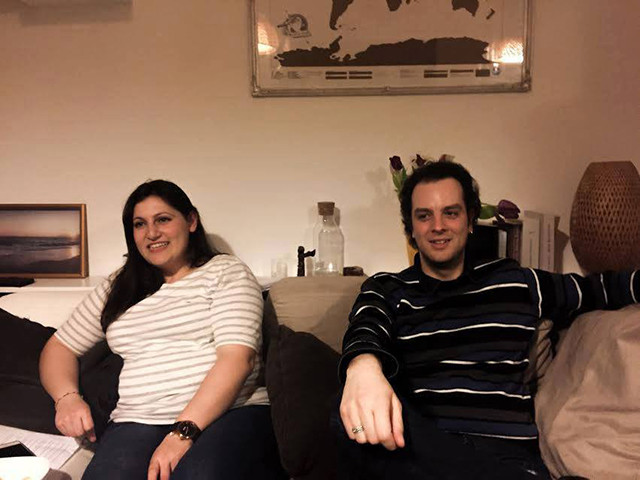 "Rotterdam service hours took a long time to start, finally last year. It was very difficult to find the right space. While we had been in contact with and met with representatives of the Municipality and the local Police, finding a place was very difficult. We started in one of the neighborhood centers but that was not in the central area (West of Rotterdam) and so we chose this year to be at the place where courses of Greek traditional dances are given and is more readily accessible but also a Hellenism center." Lefki said.

"In Utrecht we did the very basic. As we couldn't find place to meet, we found a nice café that is centrally located and gather there." Dimitris said.

How many are the team members? Are they all Greek?

The active members of the group are about 10, from students up to university professors. Of course there are many people who have offered their help in the past and still show interest. It would be unfair not to be mentioned that people who do not constitute the main structure of the team, but they offer their time once in a while whenever they are able to or it is required. At the same time, the important for us is not only to grow as a team and as an idea, but the Newcomers to exist without us as well. Most of the volunteers are Greek. We also have two members who are Dutch and their quotation is remarkably.

I believe that there are not enough volunteers offering their help. I believe more people should offer some of their free time to help like us ourselves we were being helped in the past. What is your opinion;

"Yes, we could have been more. The positive is that the prospects of a cooperation are huge at this moment. Whether conversing with official authorities or either with Greeks living in the Netherlands the response we get is always positive. That fact offers us plenty of joy and great confidence about the future of our idea." John started telling us. 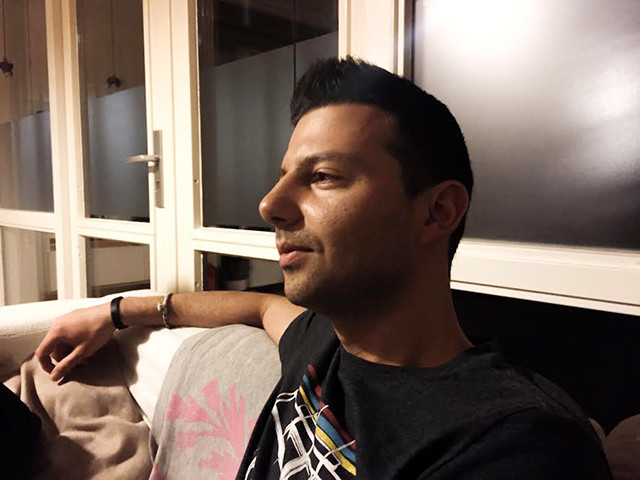 "The term Newcomers clearly does not refer only to the Greeks who recently arrived to the Netherlands. We noticed though that the older generations of Greeks that they have been living for many years abroad and their descendants they no longer need our help and most of them they have been assimilated to the Dutch reality . Why not then we would like more assistance from them as well, they have so much to offer." Lefki added.

"The positive with our group is that we operate without having become an institution, without having registered any particular institution, there is no leader, there is no hierarchy and there is no need of any of it after all. Such a mode helps us better to cooperate, we remain flexible and we can work together with other groups such as e.g. the municipality of Amsterdam, and other entities. Furthermore, examples of groups with a negative outcome because of their structure assures us that we act now correctly" adds Giannis.

"Our own view and essential part of our concept is that all the information within us. And I mean not only within individuals in our team. We learn every time we meet something new." said Konstantinos.

Which groups of people and what kind of problems you can help?

"All the teams, all the problems! Mainly Newcomers, but also other people who live here for years. Finding work and housing are the exceptions. Here we can give an opinion and guidance in the right direction but still this remains a very personal matter and difficult, even for the Dutch." replied all with one voice group.

What are the classic problems of the Greeks in the Netherlands?

"Many times the problems presented are not as serious as we think" Mahi tells us.

"The good thing is that we are not only here to solve questions. We are there to listen, to recommend friends to jump in and suggest alternatives. A mere acquaintance and discussion can help us psychologically. When someone explains to you something in your own language and in the right way is far more useful than to sit down to read a blog or go to a service without speaking the Dutch language." says Giannis.

"It helps everyone feel that their case is not unique. If you talk to them in their native language, they will easier digest the information and will be able to open more. They feel that they are not on their own." says Machi. 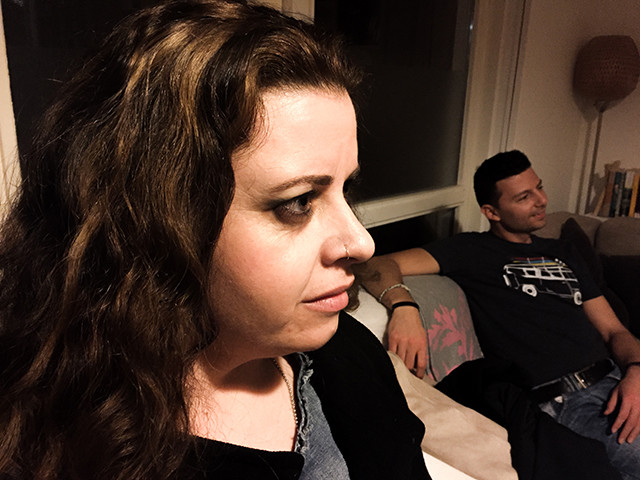 "And of course you have to be ready to accept the information.” says Lefki.

"Sometimes we face the most difficult situations, but at the end of the day we get the satisfaction that the person we met is in better shape than they were a few minutes ago." says Konstantinos.

“Why is it important to solve the problems face to face than via internet?”

”You could consider our opening hours as a creation of a new modern community without a specific aspect. Although, if Facebook continues to be this kind of community, then negative effects could be arisen. Many people that answer the questions in various facebook groups do not “study” or being prepared for that” Dimitris told to us.

“A great amount of answers given in internet and mainly in social media either is wrong or it is given according to their personal experience, so this fact could be problematic. It may create misunderstandings with possible consequences” Machi told us.

“If anytime might be wrong, even here you could find a huge bureaucracy as well. There are also here awkward situations that you cannot get over with them. And we are not only talking about the fines that you could get. You maybe get seriously in trouble. So, that would be extremely important to have someone by your side in order to help you. To tell the truth, one of the best parts here in the Netherlands is that YOU CAN HANDLE MOST OF THE CASES ALL ALONE” Dimitris said. 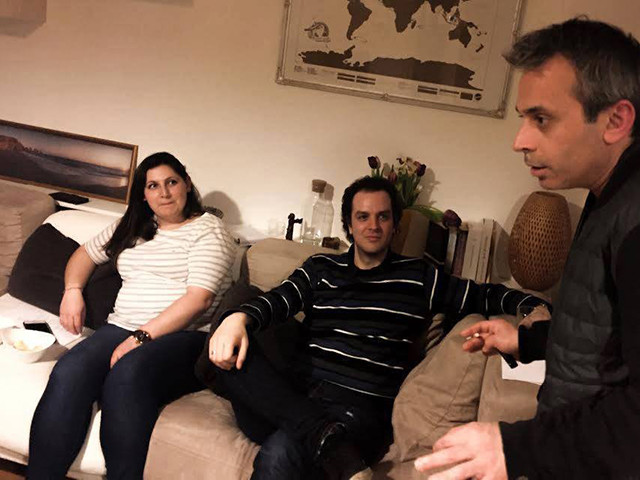 The group acts clearly voluntary. What is the main reason that motivates you daily to help dozens of Greeks to face their problems?

“We are all weird. And what is the strangest thing? The people that Lefki, Machi and Giorgos have helped through the internet are hundreds. We came to use Facebook like a community. Although, we observe that the need for a face to face contact still exists. All we want as a chilled group is just to help”. Dimitris said.

“I would like to add regarding to Dimitris speech, that we receive a great satisfaction from this activity. Sometimes, we feel like we have ourselves at the other side of the table. When we first came abroad, we had the same worries and questions. Τhe knowledge we have among us is huge. Not only into the group, but also among the Greeks from abroad. So, the only simplest thing that we could do is to share it with people that are in need” Giannis told us.

“How important and easy could be to find this kind of team in every big city of the world that Greeks live in?

“It is quite important to find abroad people with same nationality who are willing to help you, mostly because of the same spoken language. In your native language, you can interpret an information in a different way than being in a foreign language”. Machi said.

“We cannot make copy-paste. At least not us. The situation is different for instance in France, in Australia. In general, in other places. Maybe we have gone beyond the era of structures and organizations. It is more constructive and efficient to have such this lack of structure because the cooperation is easier and more pleasant. The idea already exists: it’s named Neoafixthentes and we do not wish to have any copyrights. Anyone around the world is welcome to copy this idea. That would be a great pleasure for us!” Dimitris said.

Do you accept new members in the group, that could contribute voluntary as well in this attempt?

“There is always enough space for people who want to help”! the team told us. 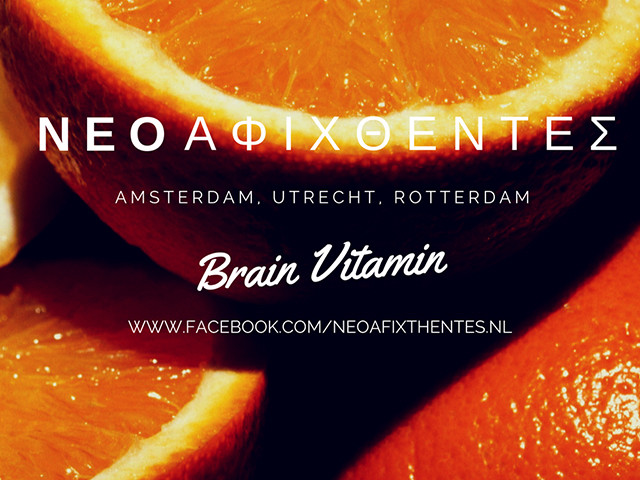 How can someone who faces any problems be in contact with your group?

Are you newcomer in the Netherlands or do you live here for many years and you need help in any problems that you have? Then, please do not hesitate to be present in one of our group meetings.

In Amsterdam, they are waiting for you Manolis, Christos, Foteini and Giorgos.
Every Tuesday from 19:00 till 21:00 in De Griekse Gemeenschap (De Wittenkade 111 sous, 1052 AG)

In Den Haag, Thodoris
Day and place will be announced soon.

You can find our opening hours, addresses and urgent posts of our group on Facebook: Νεοαφιχθέντες στην ολλανδία.

We would like to thank the team of Newcomers in the Netherlands for their time, their hospitality and mostly for this remarkable action.

You don’t see a future in Greece and want to move abroad, did your friends tell you that in the Netherlands…

The Netherlands is a very interesting country. It has many beauties, good transportation, provisions,…