On December 3rd, we paid a visit to language school Taalhuis Amsterdam, nearby Waterlooplein where we met with Angeliki Papastamatiou & Myrte Jansen, owners and Greek and Dutch teachers.

Although we were all Greeks, we gathered on time and as real Greeks do, we first enjoyed our coffee and ate some “bougatsa” before starting a really pleasant conversation.

We were interested in finding out why someone decides to learn Dutch, how easy it is, but also how the decision to learn the language influences his or her life. While eating bougatsa and drinking good coffee, we exchanged views and talked with some of the students that are learning Dutch at Taalhuis Amsterdam. 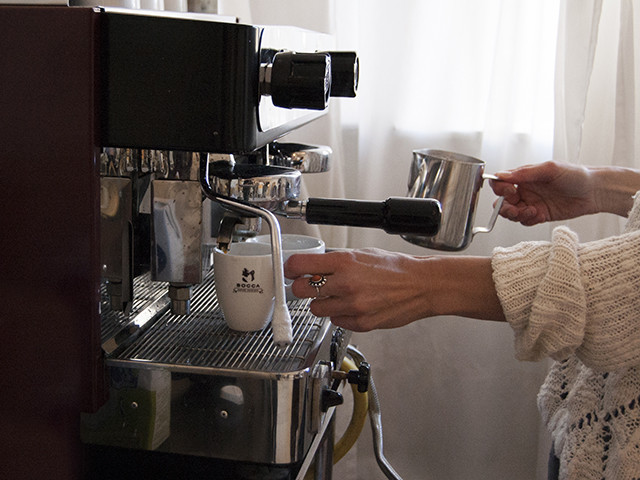 How many years have you lived in the Netherlands and why did you decide to learn the language?

Thetis is 25 years old, lives 2.5 years in the Netherlands and works at a multinational. She says never to have felt the urge to learn the language, nowadays however she wants to learn Dutch in order to be able to understand the world around her and to have her voice heard.

Maro is 30 years old and she has been living in the Netherlands for 6 years. She speaks and reads Dutch very well. Daily, she helps her friends out with their paperwork, she reads letters from Dutch authorities but she is also able to easily read the newspaper and to follow the news on TV.

Popi is the 30 years old and came to the Netherlands just 1.5 years ago. If she wants to practice her profession she needs to speak perfect Dutch. For the time being she has decided that she will take small steps in order to learn the language, while she is looking for a job.

What are the advantages of speaking Dutch?

According to Christos, 32 years old, leaving in the Netherlands for the past 1.5 years, there are many advantages in speaking Dutch. The knowledge of the language helps understand the mentality, the way of life and Dutch humor. He now understands when his colleagues are talking about him and he can reply to them and be a part of the conversation.

The 29 year old Kassandra has been leaving in the Netherlands for 7.5 years and she is learning Dutch so that she can socialize but also because of love. She doesn’t believe that everybody is a born teacher and therefore she doesn’t want to force her beloved, who is Dutch, to teach her the language and that’s why she chose to do it on her own, with the help of a teacher. She already sees a difference in her social life and in communicating with the locals. 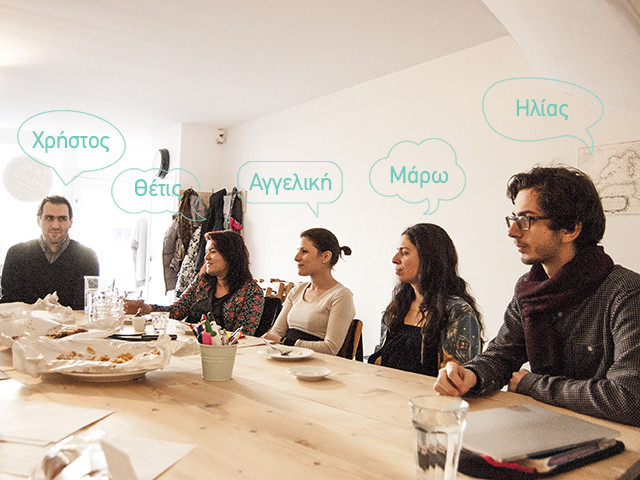 Have you ever tried other ways to learn the language? How easy is it for someone to have discipline and follow a course at a language school?

Popi and Christos first followed an online course while they were still in Greece and started with a the next one as soon as they had landed in Amsterdam. For them the weekly course is a break from daily routine and they will continue to learn the language for as long as they can.

Thetis followed a course at the Gemeente and she has read self-study books. She likes going to school because her teachers motivate her to continue with the classes. She feels that is it her duty to be in class every week.

Most of the students started learning Dutch through internet, apps but also the traditional way, reading books. Everybody agrees that the school has a lot of extra’s to offer, such as integrated knowledge, guidance but also new friends.

What would you advise to someone thinking to start learning Dutch but is reluctant due to financial reasons or lack of time?

Popi doesn’t think that time should be an issue not to learn Dutch. She dedicates 1 to 2 hours per week and the lessons at the school are for her an opportunity to get together with friends and learn new things that will help her.

Christos sees many advantages now that he is speaking the language and he recommends learning it to anyone that is working with the Dutch. He feels like he is “growing” after every lesson, getting to expand his vocabulary and learn new expressions that help him communicate with his colleagues.

Maro believes that language is very important because it helps her in her daily life; it has given her job opportunities and new friends. She recommends to anyone thinking about learning it, to go ahead and do it.

Ilias and Maria, both 27 years old, have been leaving in the Netherlands for 4 years and have decided to learn the language together, without having any pressure from their work environment. They don’t know yet if they will be staying in the Netherlands, however they feel the need to better understand the Dutch mentality. Already after a couple of lessons they noticed that learning the language was helping them communicate. 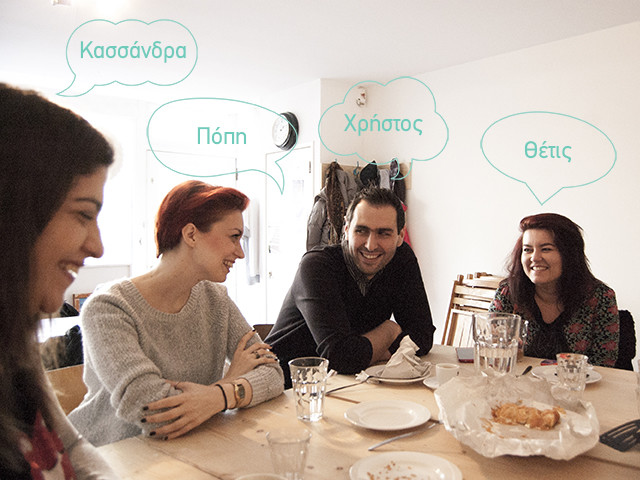 Why did you choose Taalhuis?

Maro speaks the language now but she keeps in touch with Taalhuis because she has good memories. There she learned the language, made friends and she highly suggests it.

Popi found at Taalhuis a pleasant environment to learn Dutch. She was looking forward to get to chapter 4 so that she could proudly go to the market and supermarket for her groceries. Together with Christos they will also attend the Spanish intensive course that Taalhuis organizes in Moraira, Spain.

Thetis is also following a Spanish course at Taalhuis. She found teachers that help her learn the language and although in the past going to class felt more like an obligation, at Taalhuis she is happy to go to class.

The students agreed that the people, the delicious coffee and the teachers that are close to the students are reason enough to keep them going to the school and to later graduate from Taalhuis speaking Dutch like locals.

We had a nice time talking to people thirsty for knowledge, wanting to socialize, make friends and have a regular life in the Netherlands and we felt the positive energy of the people, the location and the friendly atmosphere. 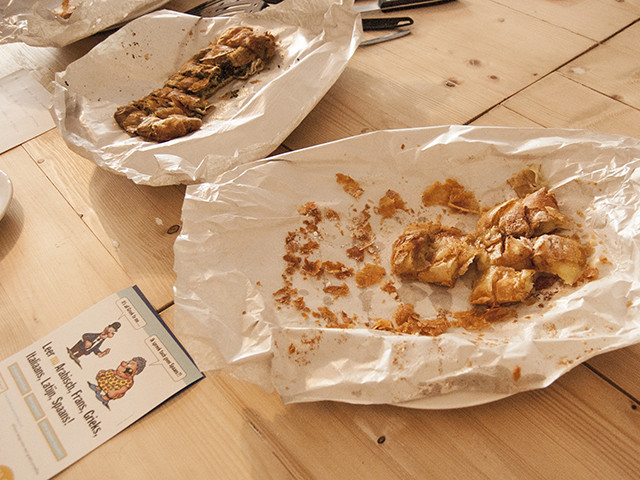 Visit www.taalhuisamsterdam.nl and the page on Facebook and see about dutch language courses with a Greek-speaking teacher and many other ideas.

Except Dutch, you can also take a Greek, French, Italian, Spanish, Turkish, Arabic and/or Latin course, as well as to follow an intensive course in Spain and Greece and hopefully more destinations in the future.

We would like to thank the students: Kassandra, Popi, Christos, Thetis, Maro, Ilias and Maria for their time and Angeliki and Myrte that gave us the opportunity to get a small sample of how Greeks feel in the Netherlands.

Sofia Karfi, based in the Netherlands, together with a strong team of teachers and a unique teaching…