This post is also available in Greek and in Dutch

Taalhuis Amsterdam is a team of experienced language teachers, who will help you learn Dutch, Italian, Spanish, French, Arabic, Turkish and Greek, from your own mother tongue – if required! If you are Greek and you experience difficulties when learning Dutch, just opposite the tram stop “Dam” and in the vicinity of Waterlooplein you will find a friendly space, with great coffee and a full range of Dutch courses and Mediterranean languages. For Greeks there are Dutch courses with a Greek-speaking teacher! 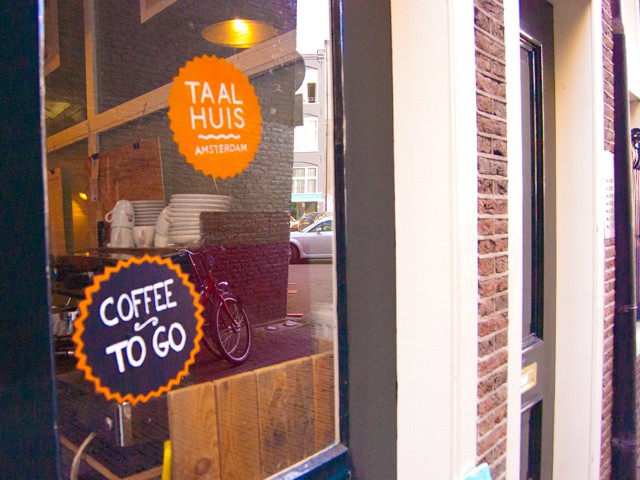 Who is your team?

Angeliki and Myrte are the founders of Taalhuis. Now, three years later, another 15 enthusiastic teachers have joined the team. 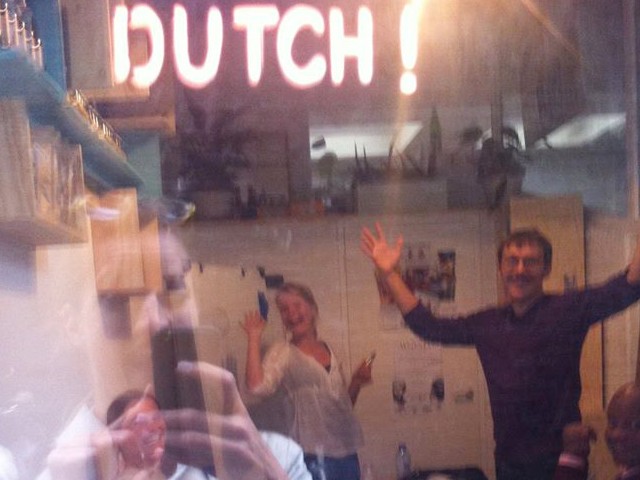 Which languages can someone learn at Taalhuis, except Greek and Dutch?

Which language do you use during the courses? 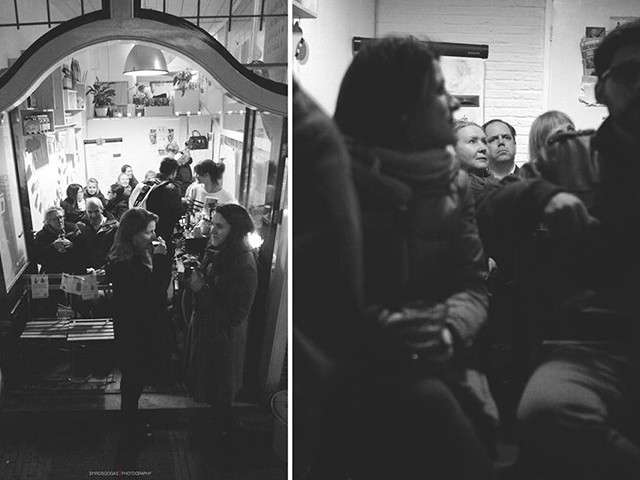 How many levels do you have?

From beginners to advanced. All our groups are small (max. 8 students) in order all for all of our students to be able to follow the lessons on their level. 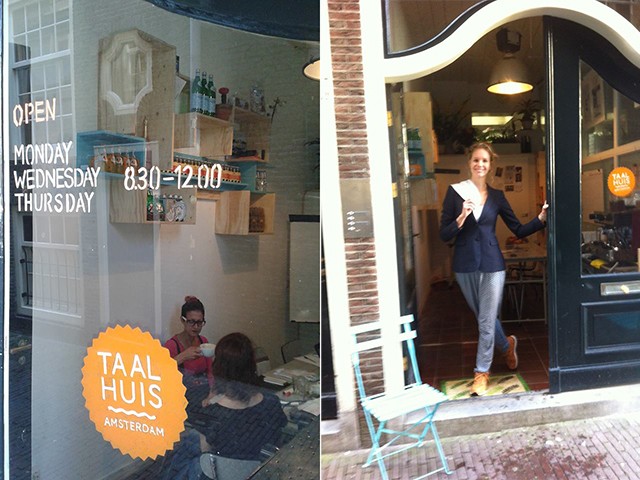 How important is it that someone speaks the Dutch language?

It is very important if someone wants to stay in the Netherlands. To be able to speak the language does not only help in communicating with other people, but also on finding a job and in better understanding the habits and customs of the Dutch. Language is a key factor if you want to learn the culture and the people of a country.

How long does it take for someone to learn Dutch and to be able to speak it on a professional level?

About two years, depending on how intensive the courses are and how much time and energy the student dedicates in learning the language. 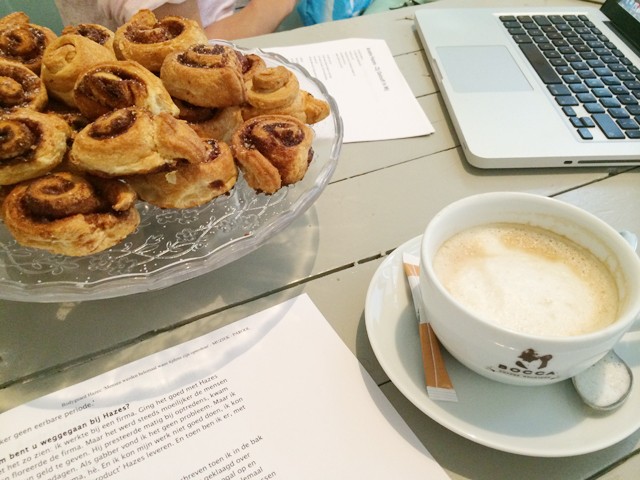 Except from language courses, what else do you do at Taalhuis Amsterdam?

We offer (certified) translation and interpreting services, he help high school students with their homework in Latin and Ancient Greek, we offer help in preparing for the NT2 exams and the Greek certificate exams and off course we also have coffee to go! Furthermore, we organize excursions to museums and film nights, as well as “exchange lessons” where students practice the language they are learning with native speakers. At the end of every month we organize a “borrel” at a bar where students and teachers can interact in a laid-back environment, getting to know each other outside the classroom and where of course all languages can be practiced! 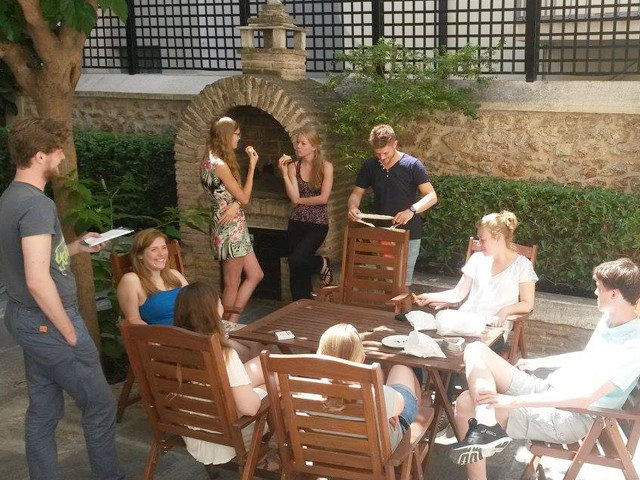 Except in Amsterdam, you also teach Greek in Crete and Naxos. How come? Do you have any future plans?

It was our dream to teach Greek in Greece. The best way to learn a language is by being in the land itself. Some friends on Naxos helped us set up the first edition of “Greek lessons on Naxos”. In the last three years we’ve seen the numbers of participants growing slowly. Some of the students keep coming back every year! Our students are not only from the Netherlands, but also from Belgium and the United Kingdom.

This year we will be on Naxos from April 24th until April 28th, 2016. We also offer Greek courses in Crete, this year from 17-21 October 2016 and in cooperation with the Netherlands Institute in Athens we organize three times a year (June, November, March) a Greek course in Athens, meant for students and PhD students who are conducting their research in Greece or are participating in archeological excavations. 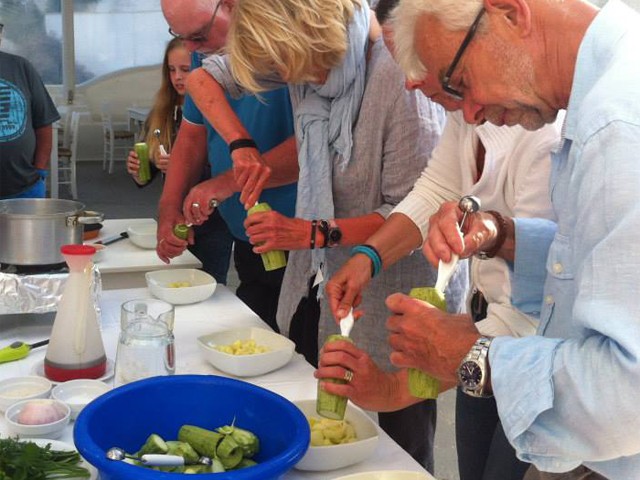 Why should someone choose for your school?

Are groups are small, therefore we can give individual attention to our students and although we are a relatively small school, we have enough levels to accommodate the needs of every student. All our teachers are native speakers and we offer special Dutch courses especially for Greeks (by enough participants also for Italians, Spanish and French), where the teacher explains grammar in the mother tongue of the students. Furthermore, we are located in the heart of Amsterdam! We are doing the best we can to keep our prices low and we offer discount to students and unemployed. This way we hope to give the opportunity to learn a language to as many people as possible. 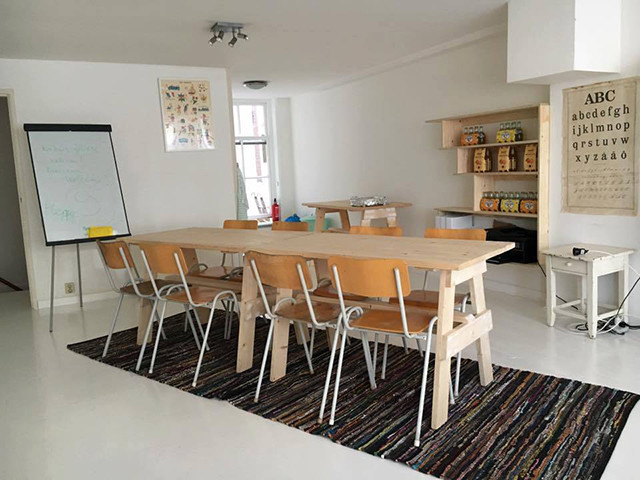 Find more information about Taalhuis Amsterdam in the offcial website www.taalhuisamsterdam.nl or in their page on Facebook.

Sofia Karfi, based in the Netherlands, together with a strong team of teachers and a unique teaching…