Rotterdam is a Dutch city in South Holland. The population of the city is more than 600.000. Rotterdam is the biggest port of Europe (some years ago was the biggest of the world) and a multicultural city, as half of the city’s citizens are immigrants.

During the last years Rotterdam is becoming really popular. Every year Erasmus University welcomes thousands of students from around the world, while continuous establishment of new companies and rise of the existing ones attracts day by day more and more employees. Some years ago Rotterdam was considered as one of the ugliest and non interesting cities in the Netherlands (until nowadays native Dutch don’t make many compliments about it). However, passing time shows that Rotterdam is being developed more than many other Dutch cities. City’s streets, parks, squares, malls, big bridges that connect north with south Rotterdam, forest areas with lakes and small brooks close to the central areas and special variable architecture of buildings form a really interesting and unique city not only with regard to Dutch cities but with regard to many other European cities.

Nowadays, Rotterdam is equally important to fascinating but different –in all- Amsterdam. No wonder why some months ago Rotterdam was proclaimed “European city of 2015”.

Where to go, what to see

You have dozens of choices. Here are some of them: 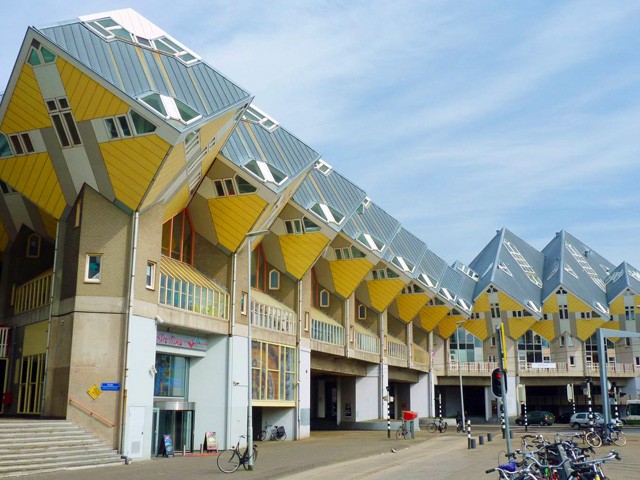 Cube-Houses They are considered as one of the greatest architectural achievements of the world. Why? Because of the “illusion” someone experiences when he/she looks at them from outside: Items or human beings inside those houses are standing sideways or almost horizontally but not vertically. Of course you already know that something like that is not possible since we are not in space!

Museums Rotterdam’s museums are many and different, for all the kinds of taste. Most popular of them are the Historical Museum, the Photography Museum, the Maritime Museum and the Netherlands Architecture Institute. 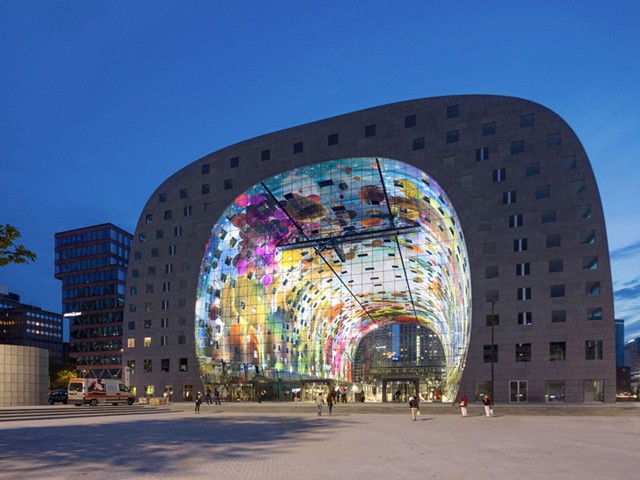 Malls There are a lot of them to visit. The Mall in Zuidplein, the shopping centre in Hoogstraat (stop “Beurs”) but most of all you should take a walk inside the bright new Markthal in Blaak which opened in the last months of 2014. There are many who already said that in the end it’s not so “perfect” as an idea or in an architectural way, but you cannot stop all these people who all these months are waiting patiently to get inside it! 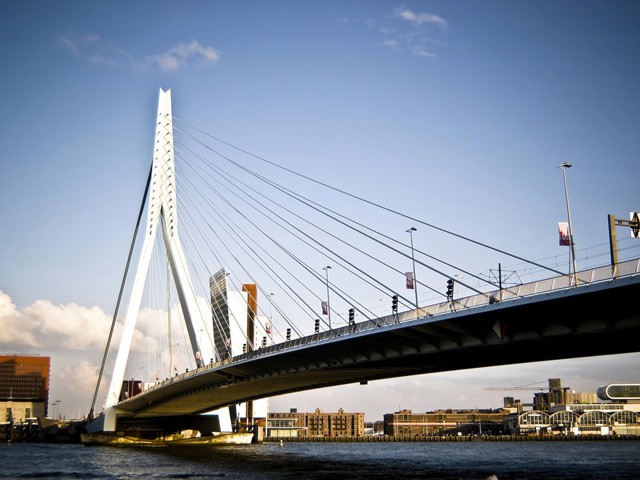 Three bridges of Rotterdam The three bridges of Rotterdam – the most well known is the Erasmus bridge – connect the north with the south Rotterdam. If you go down from Blaak to the river you will see on your left side the Willemsbrug (it’s the red bridge) and on your right side the Erasmusbrug (it’s the white bridge). Any one of them you decide to cross, you will soon meet the third and smallest bridge named Koningenbrug (it’s the green bridge) which connects the small island (Noorder Einland) of Nieuwe Maas river with South Rotterdam.

Parks There are many parks to visit in sunny days. Beyond compare are the parks around Kralingen lake. In addition, Euromast park is absolutely wonderful (right, close to the Euromast Tower) and Kinderdijk is ideal for those who love windmills! 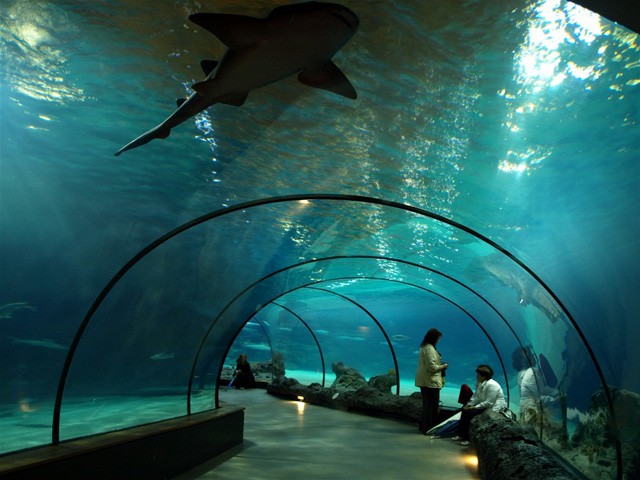 Zoo Rotterdam’s zoo is really famous not only for the wild animals that you can find there but also for the “adventure-land” inside it and it’s pretty exciting for every child!

Places to eat and drink

This is a really special subject for a whole new post but I will give you some ideas also to this post. So, where you should go for a meal at least once? 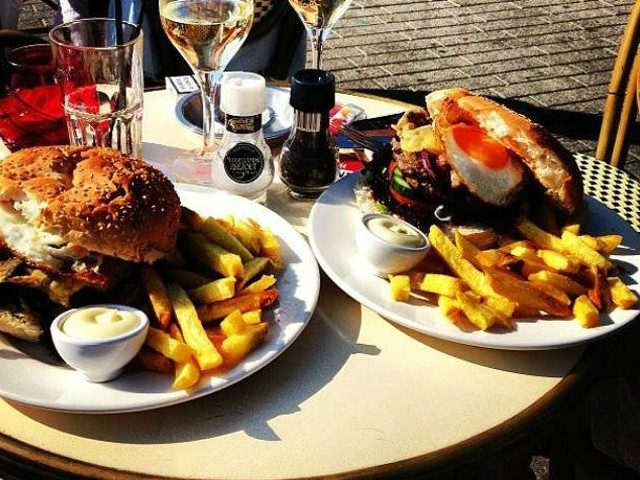 Café Van Zanten Get ready for the greatest burger in Rotterdam! Of course the menu includes various of delicious dishes (for example the steak with the vegetables is unbelievably tasty) but trust me, here everyone has a burger!

Happy Italy Very close to Café van Zanten is this Italian restaurant (one of the many in this area). It is well-known for the great variety of pizzas, spaghetti and antipasti that are served here, the good service and the dozens of people that usually wait outside of the restaurant to get in. Oh, almost forgotten! This place is also popular for the amazing Nutella pizza!

Dudok (café-brasserie) Either if you want coffee, or a drink, or a bite, Dudok is a great choice to have a stop during your day or evening. In the menu you will find a variety of drinks (tea is the “King” here!) and snacks. I strongly suggest the apple pie with the whipped cream (Dudok appeltaart met slagroom) which is called by many people as “The best apple pie in Holland!”.

Bazar Bazar is the ideal choice for all those who love cuisines from East countries! It is located in a central area (Witte de Wittstraat). It is a three-floor building with ethnic decoration where you can have any kind of delicacy you can imagine, while you hear loud oriental music!

Irish Pub It is located in the city centre (“Beurs” stop) and is a really good option for those who want to drink a lot of cold beer and listen to live rock music. 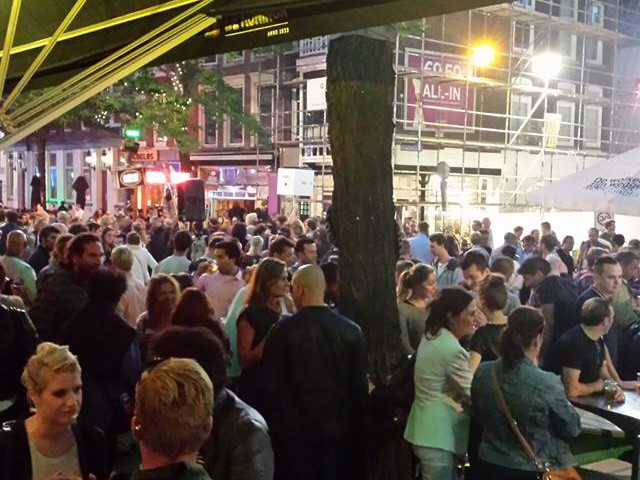 De Witter Aap Some years ago it was proclaimed as the best bar in the world. I have no idea which other bars were also candidates that year for the same title, but it will not harm you to have a beer in this place.

Elite Finding good cocktails in Dutch bars is extremely difficult (Ask those who already know what I am talking about!). Thanks God, in Elite you will find a great variety of cocktails in reasonable prices. Drink as much as you need to stop feeling nostalgic for Greek bars!

Club Vie A little further from “Blaak” stop and almost next to the river there is one of the biggest and crowded clubs of the city. You can be sure for one thing: When other bars close, Club Vie begins to welcome people.

Why Dance Club (Old “Gay Palace”) The biggest and most famous gay club of the Netherlands! Here you will experience many crazy theme nights for those who want to party no matter what is their sexual orientation.

When you should visit Rotterdam

The Netherlands is a really beautiful country and tourists choose to come here all the year in all seasons. If you want to discover the city and to have a lot of walks in different areas, then I suggest you to visit Rotterdam some days after the beginning of Spring (for example by the end of March or beginning of April) until the end of October when the weather is usually good. However, if you want to visit Rotterdam by the last or the first days of a year you should know that you won’t regret it, especially if you go to watch the fireworks in the Erasmusbrug at the time everyone welcomes the New Year! The fireworks show in the Erasmusbrug is the biggest and the most glamorous New Year’s event in the Netherlands!

On 13 May 2000, a catastrophic fireworks disaster occurred in the Dutch city Enschede. 23 people were…

The Hague has become the first Dutch city to ban the smoking of cannabis around its city centre, central…

I am writing this post to share some wonderful news! There is a big important step that some Greeks are…