In the Netherlands there are plenty of times where you will find yourself stuck at home because someone stood you up or because the weather is not playing along and it is forcing you to stay put and damn the moment you set your foot in this rainy place that is always extreme about its weather.

Well, don’t discourage. Think about how happy you are, how pretty the place you live is and that one day, or for one week, you will have summer so pick some clever and creative ways to fill the void.

Honestly don’t tell me you’ve seen it all or that you are bored to watch because your standards are higher than that, because that is just an excuse for actually being bored of going and finding something to watch. And yes, you will probably get stuck watching something, because most series have exactly that goal, to keep your interest alive. That is not too bad, after all, you do want to just spend some time enjoying something nice.

Here are some of our suggestions.

Whoever is still denying himself from seeing this, should stop. It is one of the best series on air. Who will like this: Those that like kings, queens, murders, battles, adventure, supernatural beasts, sex, love and fairytales. Check out more at www.hbo.com/game-of-thrones

Who will like this: Those that are bored of series with only mortals and want some more supernatural creatures like vampires, werewolves, fairies, fairy vampires and everybody killing each other in order to see who will be left in the end. Check out more at www.hbo.com/true-blood

A TV series that when you are watching it you feel proud that you made the choice not to become a chef and work for Gordon Ramsey. It will boost you moral. The people at that show have the hard part! Who will like this: Anyone with problems, anxiety, stress that likes cooking and reality shows. Check out more at www.fox.com/hellskitchen

If you are alone and female at the house than you should definitely watch Arrow. The cast was picked carefully and the lead character was a great choice. Take some pop corn, hug your pet and start a hunting for bad guys along with the rich and handsome lead. Who will like this: People that want to relax and watch some action at the same time. Nice production with nice chase scenes (batman-esque) and goes great with a drink on your hand. Check out more at www.cwtv.com/shows/arrow

If you still want to fiddle with your mind and watch something refreshing and weird than the right choice is Arrested Development. You will realize after watching it, that your family is normal after all. Who will like this: People bored with Hollywood, lawyers, detectives and the supernatural that just want to see a great cult TV show with smart humor, great acting and quite a strange script. Even though the original series was over a few years back, the past year they continued with a new season and new episodes. Check out more at facebook group

One of the oldest shows ever. I can’t wait for every new episode, even 20 years later. What can anyone say besides “Turn around and put your hands behind your back. NOW!”
Who will like this: Anyone who ever secretly wanted to be in a special NYPD team and all that just want to kill time watching something with action, twists and experts of the genre. Check out more at www.nbc.com/law-and-order-special-victims-unit

Oz is the name on the streets for the Oswald Correctional Facility. There is love, friendship, murders and fights inside a maximum security prison. We would like to thank the writers of this show. Just watch it! Who will like this: those that want to enjoy a slow and thrilling series. The series has ended but the ending will not be enough. Check out more at www.tv.com/shows/oz/

Plebs is a modern comedy starring the lower class of ancient Rome, the Plebs! Who will like this: Anyone that likes British humor, series about ancient Rome and wants to laugh alone or with good company. Check out more at www.itvmedia.co.uk/plebs 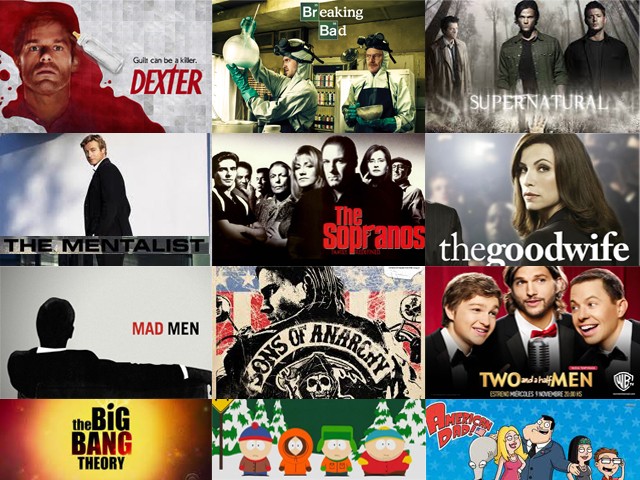 The classics are not missing from tis list as well. If you haven’t watched any of these series, we recommend them:: Dexter, Breaking Bad, Supernatural, The Mentalist, The Sopranos, The Good Wife, Mad Men, Sons of Anarchy, Two and a Half Men, Psych, The Big Bang Theory, Futurama, American Dad!, Family Guy, South Park.

Mikeius, the most well known troll from Greece, is a guy with acidic humor and no sense of measure that has emerged the last few years in Youtube. He used to maintain a blog, faeenamalaka, and as soon as he learned how to video edit he converted all the great text he had there into a video show that's driving people crazy! You can see more at Comedy Lab.

His name is Mr Panos and he is a proud Greek with a restaurant and a Youtube Channel. John Papas became famous from his Mr Panos Blog channel. The head behind this popular character admitted how he came up with the idea for Mr Panos and revealed that the character is based on his mother mainly and that he didn’t want to go to a Greek school. You can watch more at his channel MrPanos.

Ray William Johnson is one of the most well known comedian, vlogger and the host and creator of the hit Youtube channel Equals three. Ray became known in 2009 when he started commenting on other viral videos on Youtube adding his witty commentary.
Check his Youtube channel#RayWilliamJohnson

If you want to have fun and laugh till you hurt then Rémi GAILLARD is guaranteed to do that to you.Rémi is a French prankster, comedian and football expert that became known uploading pranks on Youtube. If you haven’t watched any of his videos then we suggest you visit his channel # nqtv soon.

Many people might be a bit snobbish about Facebook as a waste of time, we however are not these people. You can find some nice and clever groups, webzines that can inform and groups that will make you laugh for hours. 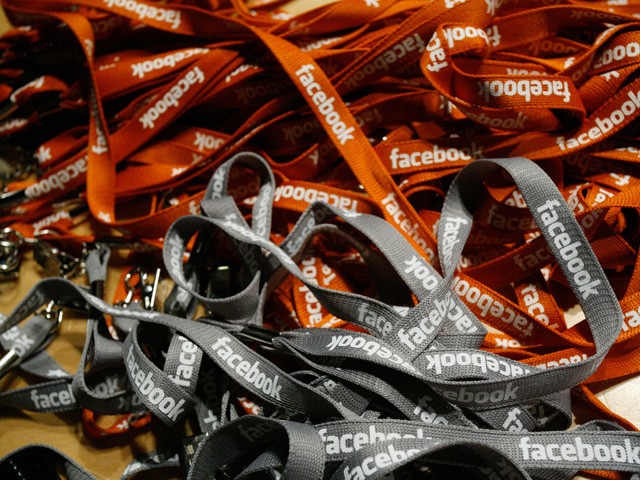 We looked and selected some of the best! To Koulouri, Let It Beh, Luben, EEG, Lifo, Basanizomai, Theories of the deep understanding of things, gizmodo.

The last few years I wasn’t a big fan of the radio. From one side the radio producers were a bit awful (not all of them) on the other side the music was the same (how many times can you listen to “losing my religion”) and when you add the adverts then you just had me wanting to break the radio.

Thankfully there are many online options to enjoy music from all over the world. You can find here most of the Greek stations that you can listen online or from your phone. 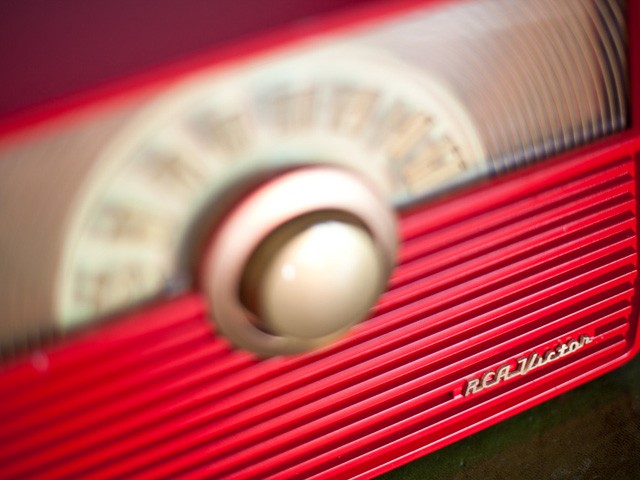 After 23:00 and till the first morning hours you can enjoy Republic 100.3, a unique radio from Thessaloniki that will travel you with great sounds for those hours. Music that has been picked, just right for the time and most important, no one to interrupt the music. Go here Republic 100.3 to listen from your computer or get their app and have it also on your phone ofr free. 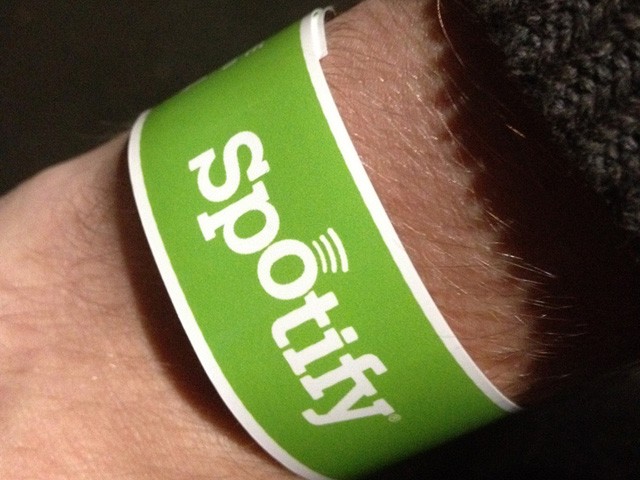 If you have 10 euros to spend a month you can always get Spotify. A great “DJ” that can keep you company for hours selecting music that you like and learning your taste. It might be the best money ever spent on music. Check out more here www.spotify.com

Do some Yoga or exercise 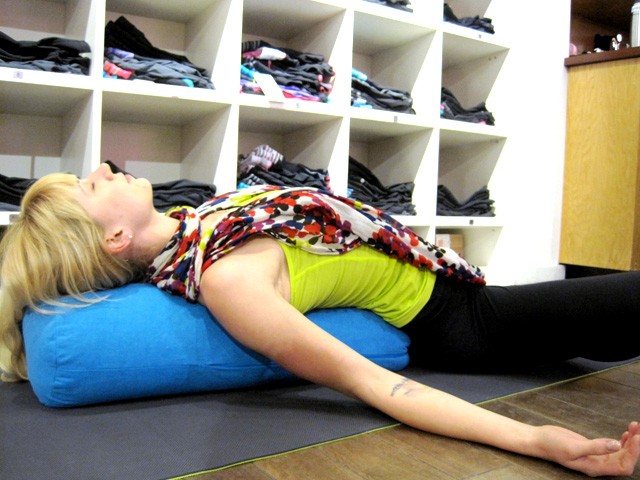 It might sound silly or you might be bored but Yoga is a different way to relax, drink some tea and listen to chill and trippy music. All you will need is a mat, a small blanket, some candles for atmosphere and an expert to take you on the journey. Youtube is filled with free lessons for anyones taste and level.

The Burger Project is one of those bands that caught my ear and never left it! They are so colorful and…

However, very few of these stores offer online shopping as well as home delivery. Bakalikostore.nl specializes…