Olive Tree House is a restaurant created by love for Haarlem and fair local, but most authentic products. The owners Nikolas Katsinis Verdelis and Katerina Papadea have their Greek roots genuine love for the quality of slow food and the authentic story behind the different types of olive oil that they use local Greek farmers. They are going to love Haarlem and embrace the city and the culinary culture that prevails. And this let them see, feel and taste Olive Tree House. Enjoy!

What is the story behind Olive Tree House?

The decision to move to Holland came rather natural through the years. Every holiday included a short or longer stay in either Amsterdam or having as a base Amsterdam and exploring other areas and towns. Haarlem was from the very beginning targeted and loved. Was it the way of life? Was it the beauty of the city? Was it the already existing culinary culture of the city and its year round economy? We believe it is all that together with our admiration of Haarlem and its people.

Having a restaurant in Greece and deciding it’s time to move on, the idea spurred in our minds some two years ago. At the beginning everything seemed to be an unsurpassable mountain until the right opportunity was identified. From there onwards I think none of us remembers how fast everything was realized and we moved to Haarlem to set up The Olive Tree House. Now, one year later from the initial contracts signing it is evident that our decision was correct. The public has embraced us and the Olive Tree House and we feel grateful to be granted the opportunity to be ambassadors of the known Greek hospitality and of the Mediterranean cuisine in the picturesque city of Haarlem. 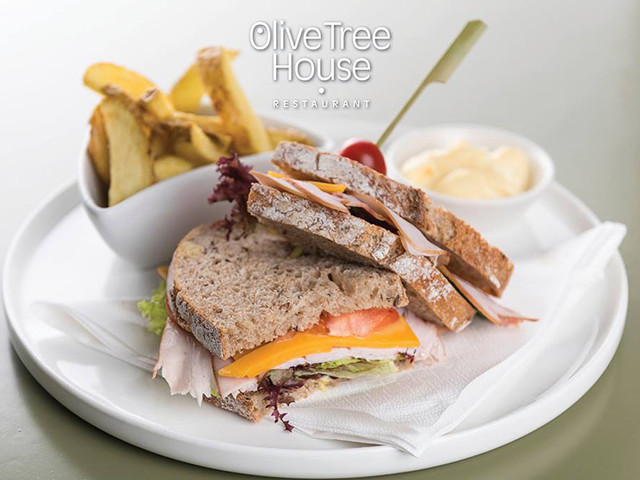 What kind of kitchen and recipes can one try?

Despite our Greek origin we decided not to limit down our offering palette to derive from the Greek traditional kitchen alone, but rather to incorporate recipes and ideas from the greater Mediterranean area. This though means not that we do not use traditional raw materials, on the contrary. We seek to introduce to the greater public a more modern and fresh idea of the Greek and Mediterranean cuisine. To that end, one can try for example lamb with artichokes and Greek yogurt and octopus stew on fava puree but also tuna tartar, kataifi pouches with a homemade cheese sauce with chicken, salmon rolls with horse radish, sea bass with baby spinach and lime, traditional greek bougatsa and greek yogurt with spoon sweets but also chocolate pannacota and dishes of the day that are according to the raw materials our kitchen gets always and only fresh in the market. 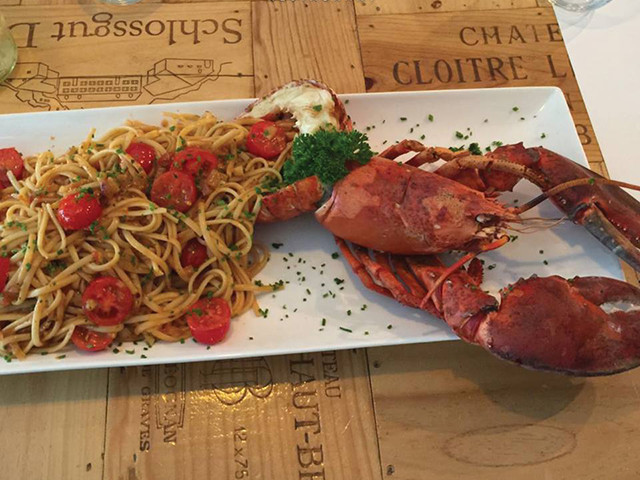 Coming from Greece and having very good sourcing for products such as extra virgin olive oil, olives and herbs the extra virgin Olive Oil is imported from Kiari deli farms located at Koroni in the Peloponnese in Greece and dried oregano comes from Taygetos mountain overseeing Sparta.

The tapenades served and used in the kitchen come again from small producers in Greece that share common values with our vision, namely from Pyliki Gi.

All the vegetables used in our kitchen are organic and come from local farms in the greater Haarlem area and the same stands for top quality meat and fresh fish from neighboring Ijmuiden.

Good and quality food starts from the farm. There where the vegetables are cultivated without pesticides, where the animals are treated with respect and high hygiene conditions apply. It is practically impossible to convert something of bad quality to look like being something other. It is though fascinating to see how high quality raw materials can be converted into a mouthwatering proposal. 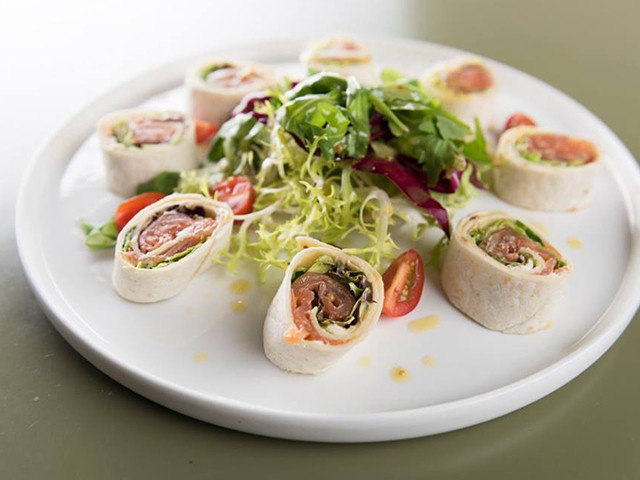 Chef Stafanos Polyzos heads the kitchen. How did you choose him to be part of your team?

Chef Stefanos Polyzos has despite his young age an impressive curriculum. He has worked at some flagship high end hotels in Greece and abroad, as for example The Grande Bretagne Hotel in Athens and Sani Beach Hotel at Chalkidiki, not to mention his appearances on the television on culinary interest shows. Being an acquaintance of ours and given his undisputed abilities we decided to offer him the position of the Head Chef, thing which he happily received and joined our team being already an integral part of our operation and a loved friend.

How different is the perception of food in the Netherlands and Greece?

It is widely believed that Greeks seal every joyfull event with food and to a certain extent it can be said it is so. In any case, the perceptions seem to converge. In both countries people turn more and more to healthier foods and products, have a weather eye and seek for fresh organic materials. For the Greeks it also means a turn to tradition, a turn to their ancestral lands and farms. There were they can draw from the knowledge of the elders and the materials used traditionally. For the Dutch it means less processed food. Undoubtedly, the benefits of a Mediterranean diet have had an increasingly higher recognition and products such as greek yogurt, cheese and wine have come to gain their fair share also in the Netherlands. 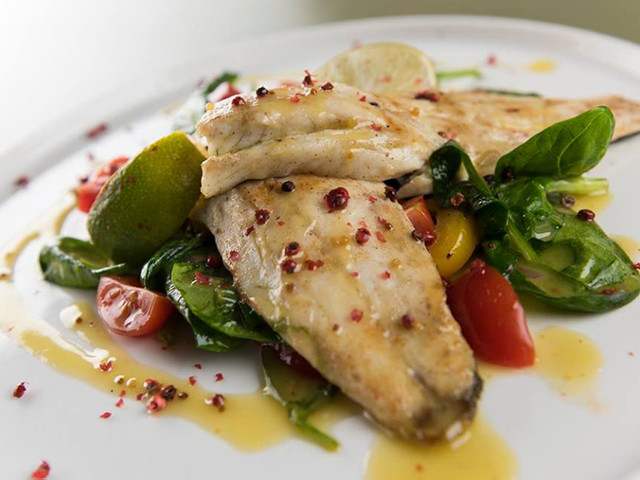 What are the preferences of Dutch clients and what of Greek ones?

On the field of preferences, we haven’t noted any clear differences in preferences apart from the fact that the weather in the Netherlands clearly allows for more heavy winter foods such as wildfowl and fuller wines, thing which is also the case in Northern areas of Mediterranean countries. 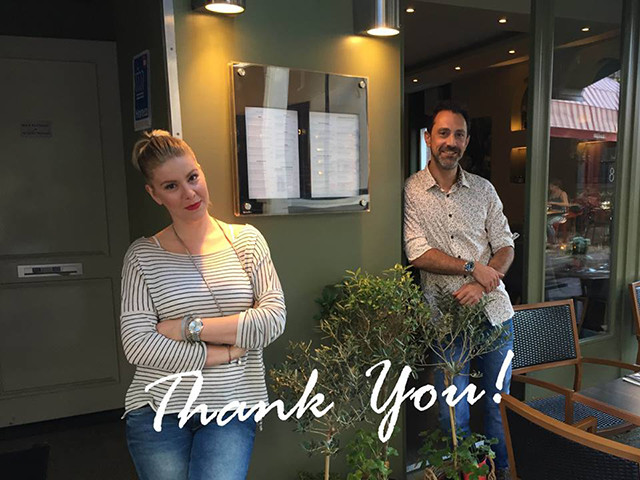 What other surprises can we expect from you?

After almost 9 months of operation we have come to get a far better and clearer image of the culinary market in Haarlem. It was known to us through our research that it is a demanding and highly competitive market. Given that, we sought to make careful steps and no leaps. In that we introduced some top notch (both in quality and flavor) delicatessen products such as for example bitter chocolate bon bons with red pepper that engulfs an olive boiled in cabernet syrup, and tapenades such as black garlic with extract of greek coffee and spoon sweets ranging from dried figs boiled in brandy to bitter cherry, lemon and orange.

These products courtesy of Pyliaki Gi, a small family operation whose people share a passion for high end bio products were loved from our clients and we will certainly continue having them in out offering pallet. Albeit that we constantly seek for new interesting flavors and for the coming year we expect to add a new bitter chocolate creation of Piliaki Gi bon bon with black garlic and handmade bread sticks with olive, beetroot and black garlic.

Together with the planned upgrading of our wine lists is the addition of some high winemaking quality Greek wines, among which one could find, AKAKIES, 4 LIMNES and PARAGKA from Kyr Gianni Estate and Sauvignon Blanc Fumee (Gerovassiliou Estate).

Last but not least there are also 6 new entries on the menu that is to commence from 1 October both concerning starters and main courses and two already planned wine events that are to be announced in due time.