The last 3 years that I live in the Netherlands I am often asked by a lot of people what a non Dutch person could easily eat in the Netherlands. Since I am Greek it is easy to tell you how much I miss Greek cuisine in the Netherlands and that if I don't cook for myself it is really difficult to find decent Greek food in restaurants here and all these stuff you probably heard again and again by Greeks that live abroad – and which are partly true.

However, I should clarify that nowadays more and more shops and restaurants that serve decent Greek food open not only in the Netherlands but in many other European countries (e.g. England, Germany). Trust me it's more easy now than ever to taste delicious Greek cuisine outside of Greece, so Greeks that live abroad should stop complaining for a bit. Moreover, what I found here in the Netherlands is that except Greek food you can easily adore cuisines from all the world and actually I have found pretty good places to dine with my friends. Additionally, day by day I found some delicious Dutch snacks that I can taste regularly and that I can buy them almost in every neighborhood and that is actually awesome! I will never stop missing Greek food but trust me when I tell you that food can be actually pretty tasty even here! Let me give you some examples: 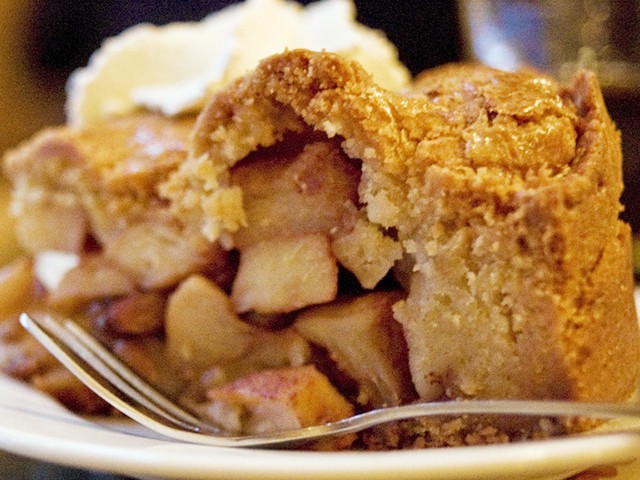 Maybe my favorite snack in the Netherlands! I just adore them! They are usually so soft and crispy at the same time and you can actually understand the pieces of apple and the aroma of cinnamon inside them. 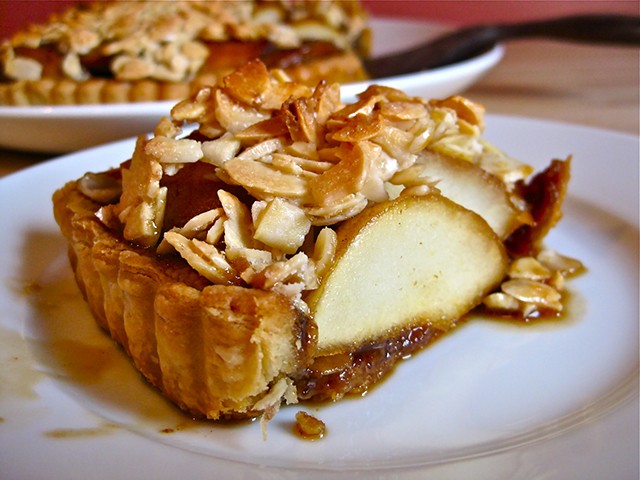 Any kind of tarts! I don't care about fruits, size or the place I will buy them. Dutch know what they actually do with tarts and most of them are lekker! 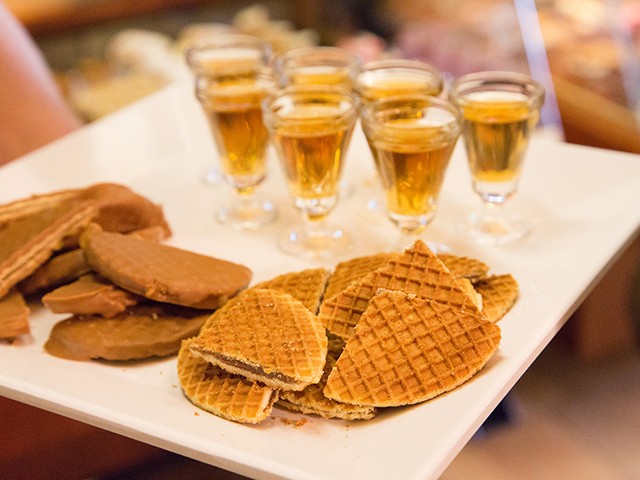 Or if you prefer “syrup waffles”. They are sweet and soft (especially when they are still hot), they taste more or less like caramel and it is a very good alternative (but very different) choice for those who don't like the original Belgian style waffles. 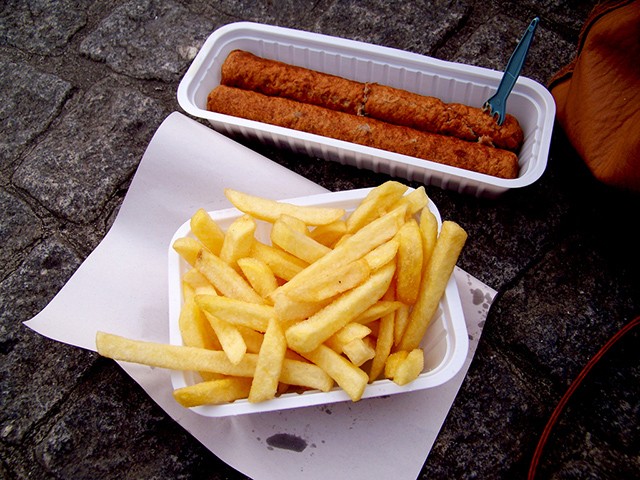 One of the most typical Dutch snacks. It's sort of a hot-dog (usually deep-fried) but it can be made and served in various ways. I usually prefer it inside puff pastry with red sauce. 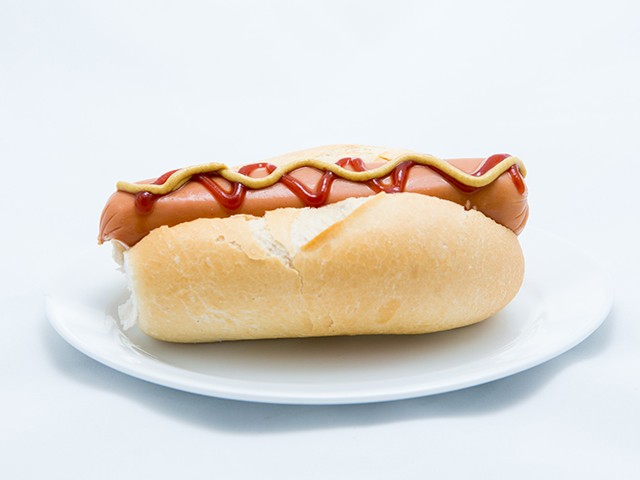 I prefer the one by Hema with the bread that has a hole in the middle and the sausage “slips” inside it. But to be honest, have you eaten anywhere a hot-dog that wasn't good? 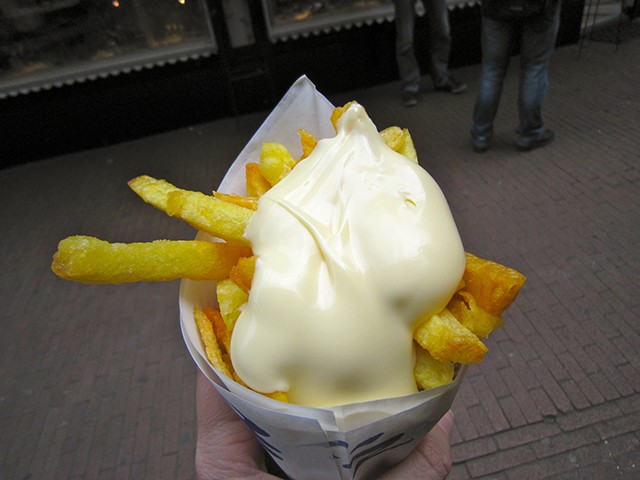 Fries with curry sauce and onions

I became a big fan of it during the year I was living in Maastricht. From my experience I can say that it is not so popular in canteens in northern parts of Holland since they prefer the usual fries with mayonnaise on them. But still if you ever have the chance to taste it, don't miss it! 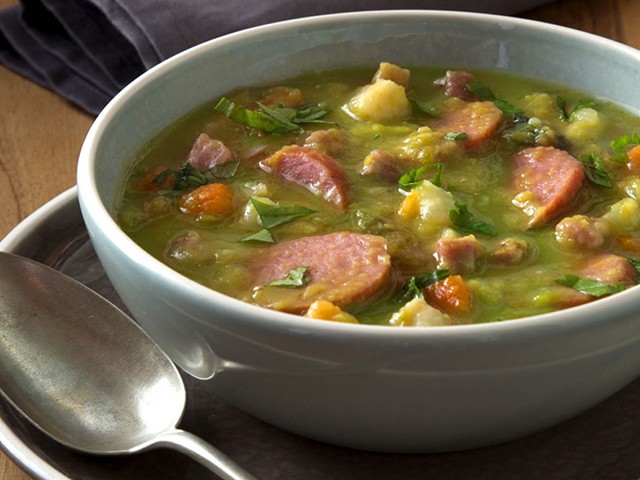 Never taste it myself but all the Greeks that had it even once, they told me that is yummy! Ok, maybe that is my next order in a restaurant! 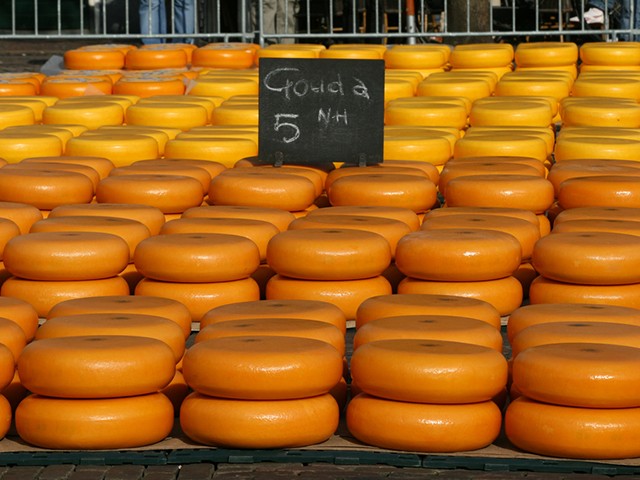 There is no “why” here, there is only “because”! They are experts in making good cheese and there are dozens and dozens of different types and tastes that you should definitely try even once in your life! If you are a cheese person and you are planning to stay in the Netherlands for a while you already have a good idea of what to start looking for!

So, this is my list of what I love eating in the Netherlands! Is there something else that you want to suggest? Please leave your comment!

Saskia and Yannis, who are sharing a great love for books, are proud to present their online bookstore…

During the last 3 and a half years I live far from my homeland, Greece. No matter how much I miss Greece,…

This week the Gemini wind farm was opened off the coast of the Netherlands, with projections that it…