So, how did you come up with the idea for Morning Tales?

Morning Tales is a re-adjustment of the original idea, due to Dutch bureaucracy, which was Greek Food Tales. The initial goal was to create a traditional cafe/store that would operate from early morning till late night, serving breakfast, lunch and dinner as well as small bites and cooked food with drinks. unfortunately such an operating license could not be given by the Wageningen city hall at the time that I was starting out, so I had to adjust my idea around the morning part. That means that Morning Tales can’t serve alcohol or stay open after 10pm! 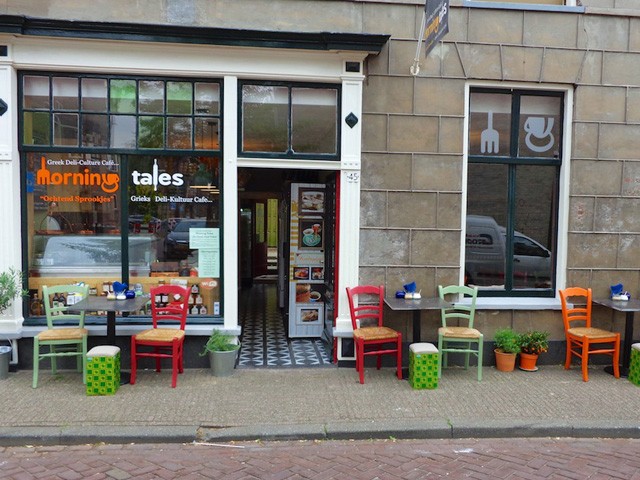 The idea to create such a space existed in my head for many years, even when I was back in Greece. After school I was accepted at the Agriculture school of Aristotelio University and at the department of Sciense & Technology of food and drinks. The combination of my studies on the food industry and my work at several cafes and restaurant were already pushing me towards this idea. But, after all I remained in the scientific part of food and after 2 publications in scientific magazines through my thesis I chose to turn towards an academic level. 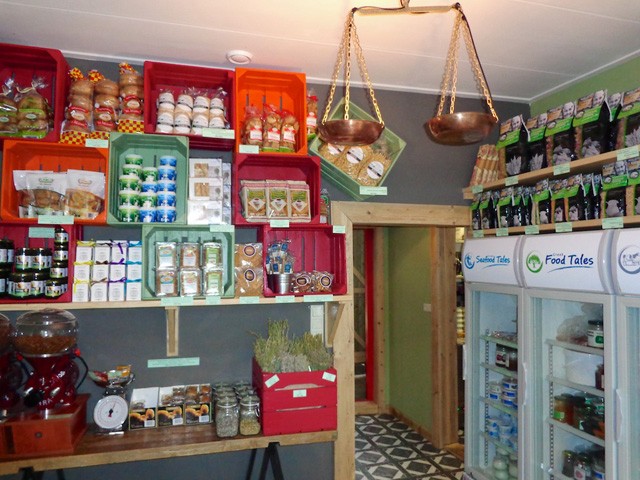 Finally at 2009 and after my rejection from the University of Lund (Sweden) since my TOEFL was lost somewhere along the 4 month process, I ended up in my 2nd and last choice, the University of Wageningen. Over there I got into the Food Valley network as an Ambassador and through it I did my internship for a year at Heinz research center in Nijmegen. That was were the choice to turn towards the part of operating a store and promoting the treasure that is called Greek food-Greek diet was finalized. 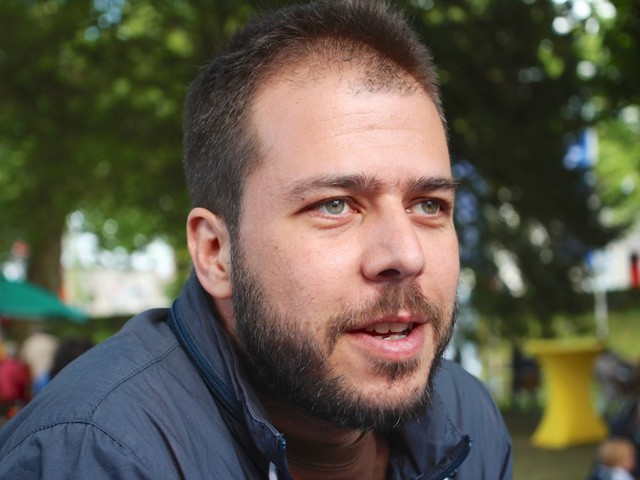 Some very harsh family moments are added to the disappointment of the Dutch food culture and the abuse of the Greek food culture by it’s ambassador’ s here. The green light is lit by the “scientific” approach towards food at Heinz and the denial of the company to hire me as a Culinary developer, even though I had proven my work as a Process Developer but according to them I was not cut out as a Product Developer! 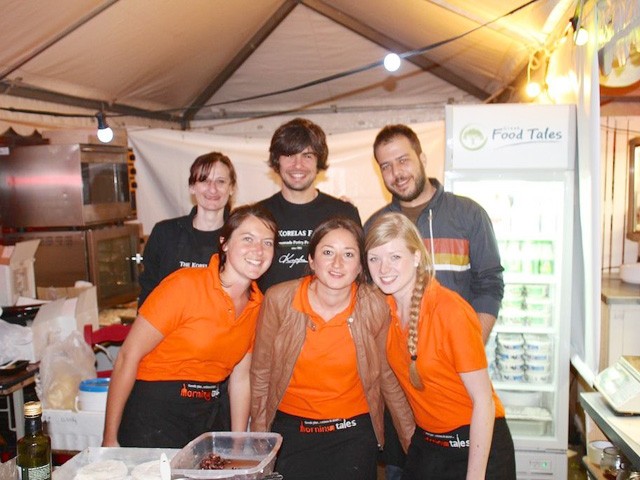 So after my final thesis at 29/8/2012 that would give me the degree that I had promised myself, I started setting up Greek Food Tales. Its purpose to promote select products of our culinary wealth and the spread of our history through small tales that are written about everything that is being served in the store or on recipes of existing products.

What we can find in Morning Tales?

For the moment we offer: Bougatsa (Bladerdeeg pie) and traditional pies from Kopela family 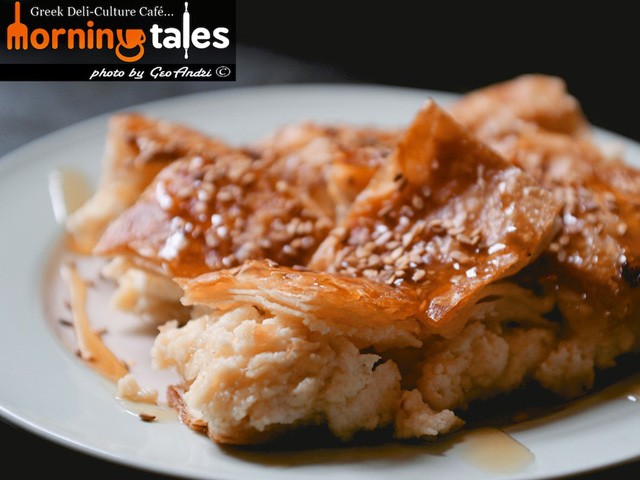 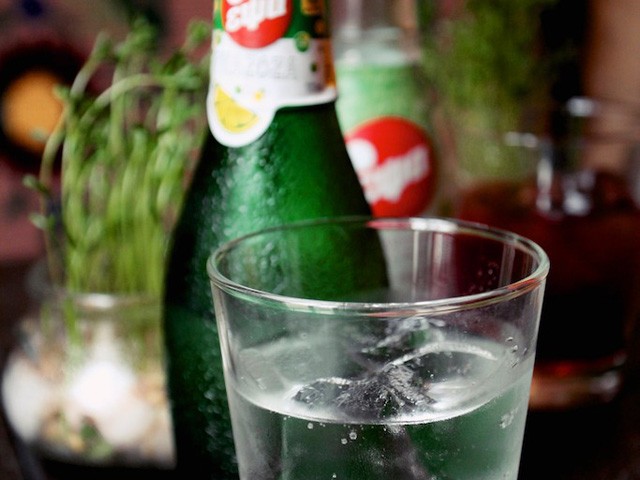 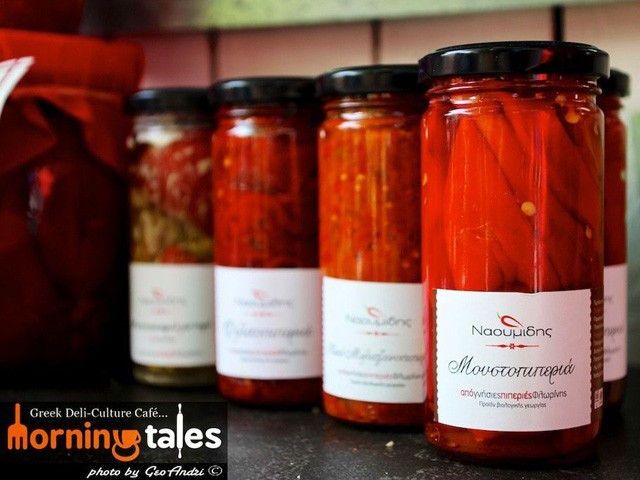 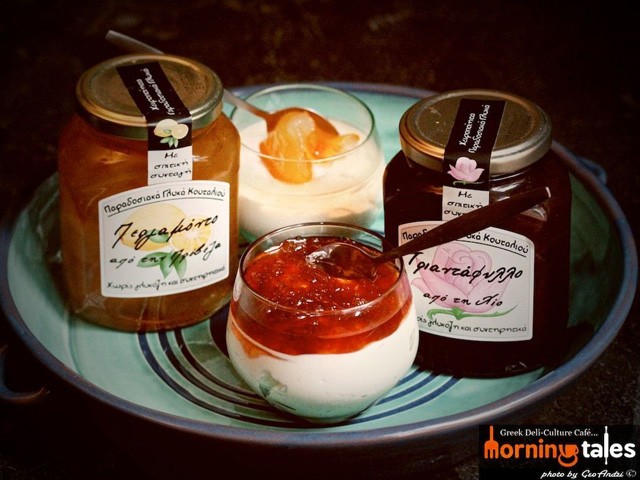 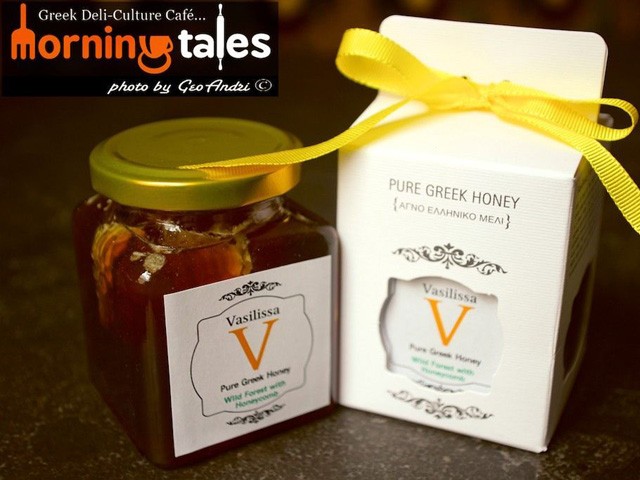 Pulses from Arosis and spices from Doxa Oils and Vinegars from Lokris and Seventy Olives Sativa Rusks and Biscuits from Manna Wine, Retsina, Tsipouro from Elina 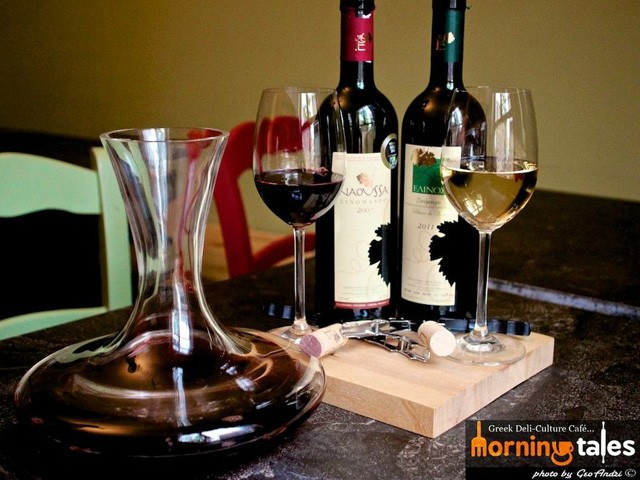 Many many stews and salads 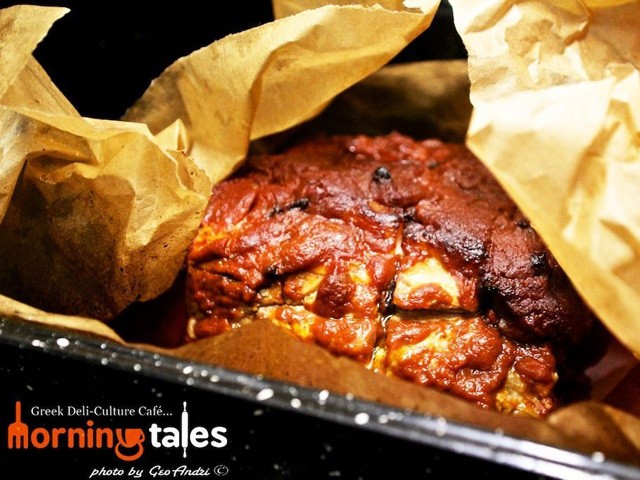 In non-food ... beads, earrings and rings with themes from Greek DeppyBoop and Bronze Handmade brigs and other than the Mediterranean Art!!! 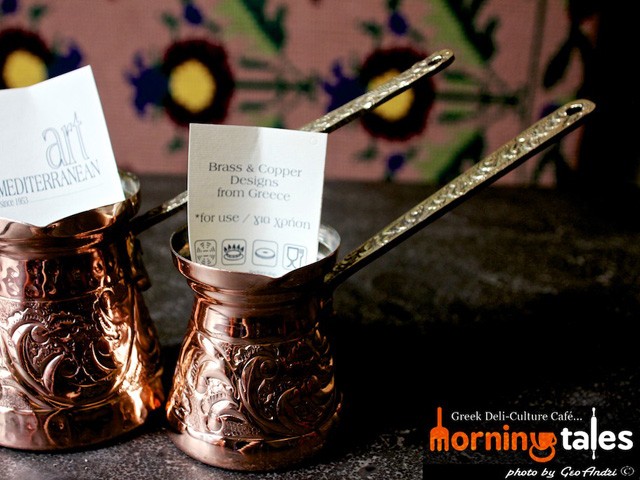 We hope for many more in September...

How about some suggestions?

Anything that goes into the store is recommended! So I will not be highlighting something... You can choose anything from our big selection. 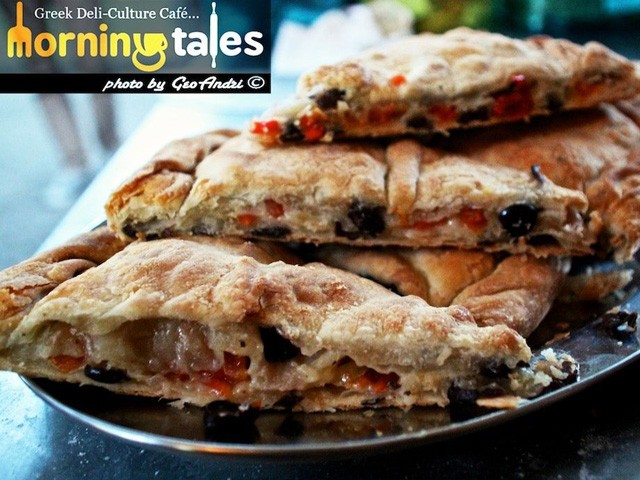 With what criteria do you select your products?

The starting criteria is that the products belong in our culinary wealth, like cheeses, traditional yogurts, legumes, oils, olives, sauces, pasta, etc. From there on we add the criteria of quality and price. My personal opinion is that food is a pleasure for all of us. I despise people who overvalue their products without any apparent reason.

After follows the way that each product is produced so that its as pure and close to the traditional. The final piece is visiting the place where it gets produced and getting to know the people behind it. On that part I am helped by my studies since I know the production procedures and the dangers behind any food.

So, do you know how to make bougatsa? How was that experience? 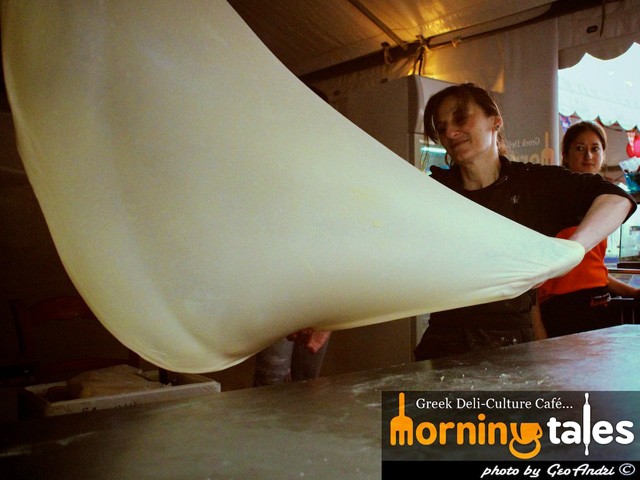 I know how to make one in theory but in reality I turned out to be a horrible student during my first attempt! Off course I will trying again soon. I think that because of the picture we took for “City of Cultures” when my suppliers came to the Netherlands for a live making of bougatsas people got the impression that I was making them. So with the last piece of dough I attempted to make one myself... The result was to stick it on me and destroy it! The camera though, by chance, caught the moment that I seem like I am actually doing it right! 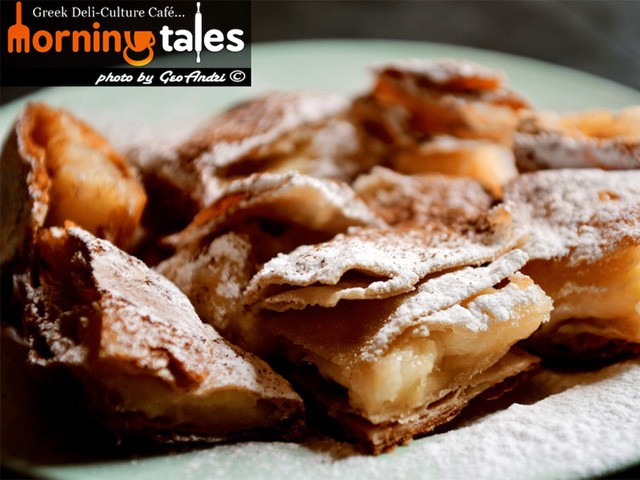 What do Greeks prefer to eat and what do the Dutch?

Certainly bougatses, pastry and coffee are preferred due to the type of the store. The pleasant thing though is that people are learning about the rest of the products and are starting to ask for them. Both Greek and Dutch since many of the products I have even Greeks don’t know them or haven’t had the chance to try them back in Greece. That means that a traditional sheep yogurt looks as new to a Dutch person as it would for many Greeks as well. As far as kefir goes it has gone wild and people say “Haven’t you heard about Kefir”? 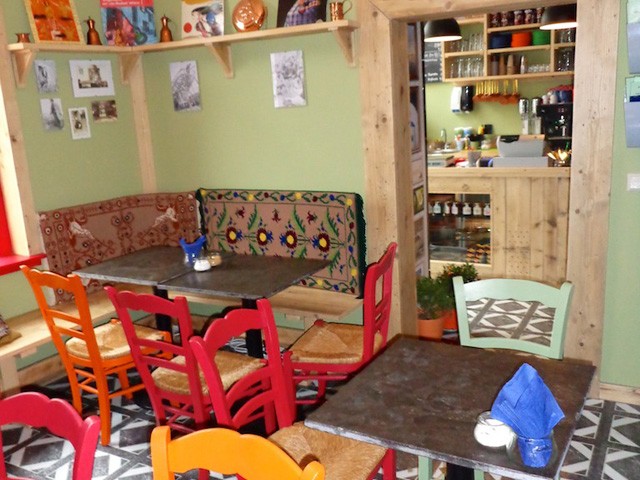 Do you work mainly with retail customers or do you also sell to other stores?

For the start we have mainly retail customers but we will give weight into supplying as well. Nonetheless any store owner that would like to get some products can already do so. 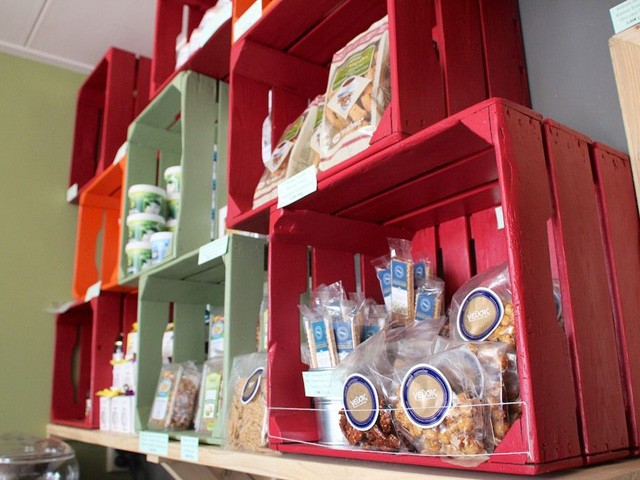 Where can someone find your products?

Our products are available only on our store in Wageningen. 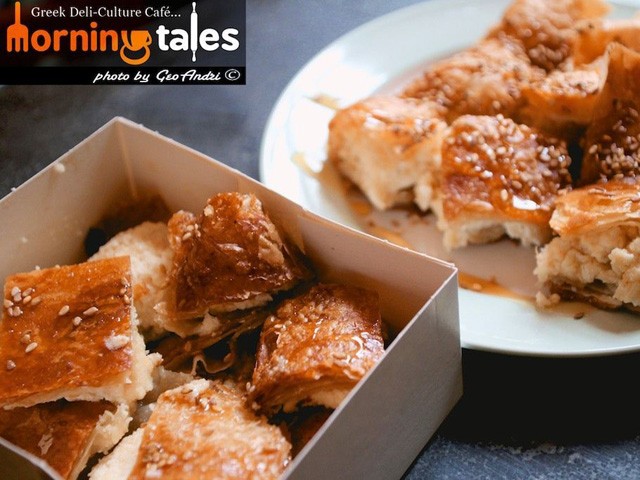 What is the dream behind Morning Tales?

To get over the morning and the Greek Food and to create beautiful tales in the Netherlands and hopefully elsewhere as well. 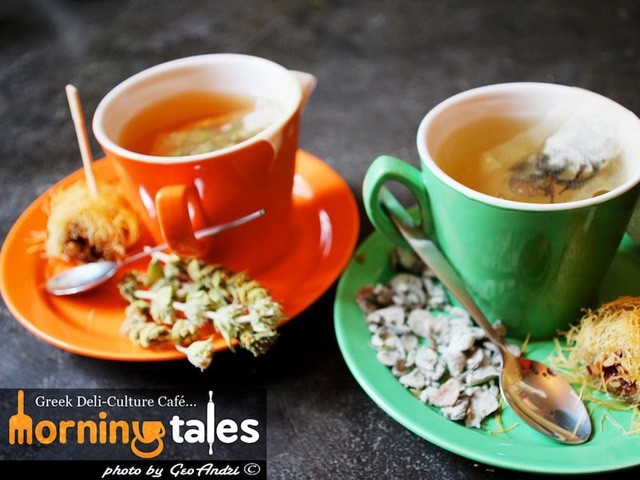 Do you think it will work and we ‘ll get the Dutch to eat Bougatsa?

Many Dutch are already eating Bougatsa! I hope to show them how to truly eat Greek...

Behind Wild Sage Foods are Nikos and Mitchell, who met in Amsterdam while working for a multinational…

Saskia and Yannis, who are sharing a great love for books, are proud to present their online bookstore…