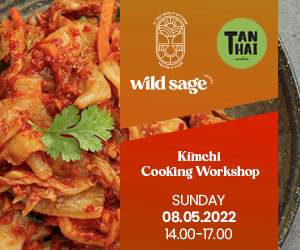 In 2010, when the Greek austerity crisis became visible everyone focused on its domestic, European and global causes, only a few were concerned about its effect on the human capital of the country and especially its effect on the highly educated, Greek university graduates. In the last few years, there has been a shift in this attitude, the impact of the Greek crisis to highly educated young people has been receiving more attention from the general public and the press, while it became a major issue for concern and policy making for the Greek government.

Prof. Lois Labrianidis, the Secretary General for Investments, Ministry of Economy and Development, discusses the 'Brain Drain' phenomenon and the goals of a new initiative called Knowledge and Partnership Bridges. The initiative aims at forming an e-community connecting Greek professionals all over the world.

He is going to present this initiative on Sunday November the 26th 11:00, Vrije University of Amsterdam.

What are the main characteristics of the ‘Brain Drain’ and why are we discussing it more today than a few years ago?

The term 'brain drain' refers to the migration of highly educated personnel to countries abroad for what is usually long term professional employment at research and scientific centres or businesses. We should remember that the brain drain is not an exclusively Greek phenomenon, it happens mainly to the less developed countries. In contrast, the more developed countries are experiencing what is known as ‘brain circulation’. However, in this case, there is a balance between graduates moving from one country to another, meaning that there is no loss of highly educated personnel.

One must not forget that the growing importance of knowledge intensive activities for the economy, culture and cultural progress of a country is the major reason for the adoption of international actions to attract professionals and even more so in our case to make sure that we will not suffer from the brain drain.

Why is there brain drain from Greece?

To start with, I want to point out that the phenomenon is not new. Although it had become a serious issue by the 1990s, it undoubtedly worsened during the crisis period. We estimate that today there are approximately 250,000 first generation Greek professionals who live and work abroad.

There are many reasons for this: unemployment, underemployment, attempts to find employment more in line with a person’s skills/qualifications or with better prospects or even the desire to live in a different cultural environment (cosmopolitanism). However, the main reason, I would say, is the long term imbalance between supply and demand of work for graduates, which arises from the limited demand of the Greek economy for specialised personnel.

This disparity is not a result of the allegedly large number of graduates and the outcome would be tragic if an approach were taken to alleviate the problem by reducing the number of graduates since that would mean the degradation of the country in the international division of labour further with incalculable negative consequences. It is a myth that in Greece the percentage of graduates is disproportionately high, as in fact it is below the EU average (during the 2006-2016 period, for the 25-34 age group the average percentage of graduates for the EU 28 was 34.1, while for Greece it was 33.1) as for the OECD (for the 25-64 age group, the average percentage for 2015 was 31 while for Greece it was 28). In this respect, an important aspect of the question relates to the structure of the Greek economy, which, in recent decades, hasn’t been orientated towards knowledge intensive activities. Additionally, we shouldn’t overlook the fact that the migration of highly educated personnel to other countries is a timeless phenomenon as far as further acquisition of knowledge from the ‘source’, that is the universities or research centres that have a prominent position worldwide, is concerned. A third aspect is obviously related to the economic crisis in the country. Finally, one must also not underestimate the fact that other countries are implementing actions to attract young professionals, which are accompanied by very attractive financial rewards, the prospect of career advancement and a better standard of living.

In short, since the ‘brain drain’ is a structural problem, there is a need for fundamental changes in our development model and the development of a new social mentality among political actors, producers, the state etc.

How can the country handle the brain drain phenomenon

The government recognizes the huge importance of skilled human capital for the development of the country. Thus the brain drain constitutes a major blow to the development of the Greek economy and society. Even more so nowadays that the “National Development Strategy 2021” aims to implement a paradigm shift i.e. moving towards a different development model that of the “Knowledge Economy”.

Thus, in the medium and long term when we enjoy the fruits of the National Development Strategy (i.e. as we will proceed towards the “knowledge economy”) we will solve the root cause that led skilled people to leave the country i.e. the low demand for skilled human capital. It is reasonable to assume that then, the majority of the skilled people that left the country will return.

The thing is how to face the brain drain problem in the short run. To alleviate the problem we are discussing, policies are already being exercised, mainly small scale, to target the containment of the outward flow of young professionals, for example through providing incentives so as to foster innovation and self-employment of higher education graduates, the hiring of doctorate holders by Higher Education Institutes so that they gain academic teaching experience, increasing the number of scholarships for Ph.D. and post doc studies etc.

Quite a number of Greek professionals living and working abroad do not want or cannot return to the country immediately. This policy initiative that I am going to present ‘Build knowledge and partnership bridges with Greece’ aims to facilitate the creation of a worldwide network (an e-community) of Greek professionals. Let’s not forget that over time Greeks have created open-minded diaspora activity networks which safeguard and strengthen national unity (from Greek communities in Egypt and the Middle East to Austria, London an Australia).

More than anything, we want this platform to be a networking world for Greek professionals, wherever they are. The success of the initiative doesn’t depend on us, but on all Greeks around the world!

What exactly does this platform do?

Through the initiative’s website, you can find partners, information about funding programmes and scholarships within Greece etc, you can improve your financial situation by facilitating: a Greek business to sell its products in the country where you live and you are active, someone who is self-employed or employed in a business in Greece to come into contact with businesses abroad, or you can even set up a business in Greece alone or jointly by acting as a mentor/business angel to a start-up.

Through the platform’s ‘Co-operation’ /’Partnerships’ sector, we intend the initiative to act as a bridge between young and/or renowned Greek scientists and professionals abroad and Greeks ( that is individual scientists, Greek businesses / universities / research centres within the country). Greek professionals who work either abroad or within the country, can register on the co-operation /partnership platform by completing details regarding their science, professional or business background and the needs they have for work in Greece or for networking with the country or even with other young professionals, in this way creating an online community.

Greek organisations can register on the platform by completing details, either about open job positions or the need for partners and networking with Greeks abroad. The main objective is to create links between valuable Greek personnel and Greece, ultimately to create new opportunities for everyone.

‘Bridges’ is a national initiative, in which I personally believe, and from which only benefits will result on a personal, local and national level. With the opportunity this interview gives me, I invite members of the Greek diaspora to visit the site, use it, register, spread the word and support it. They are only going to benefit from being part of this e-community of Greek professionals worldwide. Their contribution is invaluable, since the return to national prosperity is not a matter of collective responsibility but also the result of personal effort and the participation of everyone.

Lois Labrianidis is Secretary General for Strategic and Private Investments Greek Ministry of Economy & Development and Professor in the Department of Economics, University of Macedonia Greece and Head of the Regional Development and Planning Research Unit. He is an economic geographer (BA – Aristotelian University of Thessaloniki, MA -Sussex, Ph.D. -LSE). His scholarly publications include many articles and books.