After their successful 2 season run on SKAI TV and sold out performances all over Greece, Dionysis Atzarakis and Thomas Zabras are bringing their stand-up comedy show " Cinélthete" to major cities in Europe.

If you also have issues with the quality of the television and cinema landscape in our days, or just issues with your ex, the show "Cinélete" is ideal for you. Do not miss them! 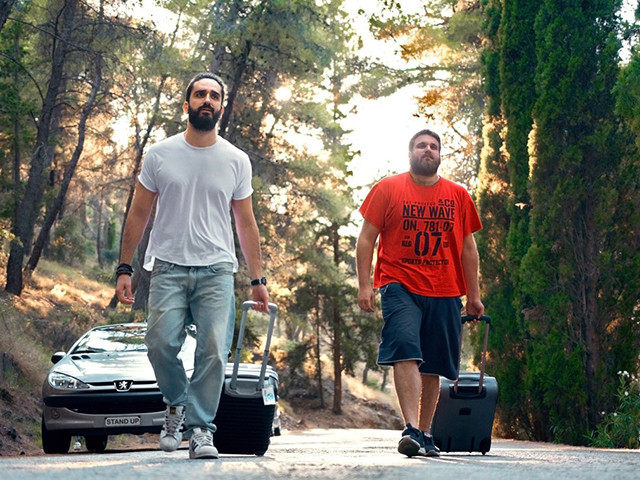 For how many years have you been active comedian and why did you decide to do it professionaly?

Dionysis: I have been active for 10 years now, I’m getting old. I think that was always my intention, to be a funny guy and the pleasure you get from making people laugh were the reasons I decided to do it professionally.

Thomas: 4 years this past December. Now I’ll be the guy who says “I didn’t choose stand-up, it chose me”. In reality I did’t choose to do it professionaly, it was something I started as a hobby and it ended up being a job.

How did you end up performing together?

D: I was presenting a stand-up show that Thomas happened to be appearing at so that’s how we met. I liked his stand-up routine and because we had common comedic influences and the same love for films and pop-culture, I suggested we cooperate in writing Cinelthete, which was a TV show I was shopping around various channels. And after we became a writting partnership, that’s when performing together came about.

T: At some point we bumped into each other at a gig, we realise we think the same on a comedic level so we then started to work on a project Dionysis had.

What was your favourite gig from all the ones you`ve done together?

D: We`ve had so many great gigs together. If I had to I`d pick our show in Thessaloniki last summer. The turnout was amazingly good, we played in an open-air theatre that never had more than 700 people in, and we did 1100 tickets. The energy from the audience was tremendous, so it became one of our best shows which we loved as well.

T: It would probably be one of our shows in Thessaloniki for me too. We have a lot of fans there and we don’t get to go that often so when we do it’s always a good show.

Who are your favourite comedians and who tops the list?

D: There go the good old days you could casually mention Louis CK as an influence and favourite comedian. When I’m asked this question in interviews I always mention Robin Williams who was a fundamental influence to me when I was starting out, even though he was more than just a stand-up comedian. Apart from him I’d say Bill Burr, Mike Birbiglia, Patrice O'Neal, Kumail Nanjiani… Oh, and did I mention Louis CK?

T: Some of the comedians I love are Haniball Buress, Mike Birbiglia, Bo Burnham. But my favourite right now is probably Marc Maron.

What inspires your comedy routines?

D: Anything. Usuallly the jokes start from obversations or discussions you have with your friends, that you see has comedic potential. So then you take those subjects and work on them until they become a cool bit or until you throw them in the bin.

T: It’s a plethora of things. There’s not one specific thing. 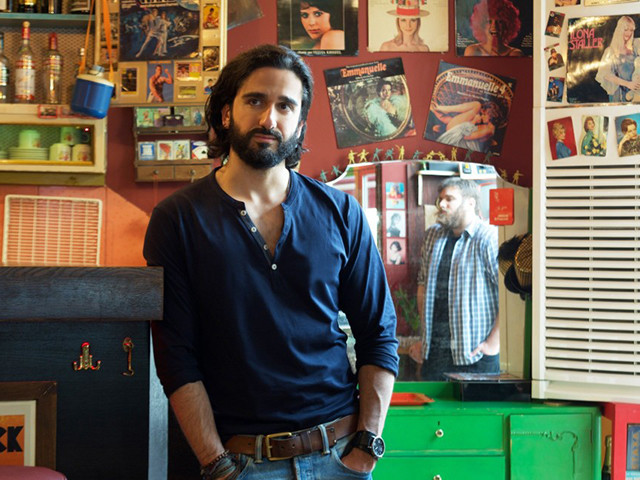 You try a joke and it bombs, what then?

D: You work on it again, you improve it and try it again. If it still doesn`t work then it might have to do with how much you believe in the joke and how much you want to make it work. Usually if you persevere you find the right comedic angle to make it work. Otherwise you dump it and go on with your life.

T: Nothing. It’s all part of the game. If you show that it affects you, then it’ll affect the audience. You just keep going.

The Greek stand-up scene is a relatively hard one as we are quite reactionary. On a scale of 1 to 10 how brave do you consider yourselves and why?

D: 10 because I once went bungee jumping. I don`t think that the Greek scene is hard and I do believe that the audience reacts quite well to Greek stand-up.

T: There’s quite a few scenes that have their hang ups. It isn’t something that’s inherently Greek. As long as I’ve been doing stand-up I haven’t seen anything that extreme in terms of audience reactions. There have been some incidents but nothing noteworthy. I don’t think we’re brave.

What subject matters do you avoid in your act?

D: I don’t think I have come across subjects I wanted to do and didn’t out of fear of the audience’s reaction. Luckilly so far most of the things I find funny, the audience finds funny as well, so I haven’t had to avoid saying something I wanted to say.

What is allowed in stand-up? Wher do you believe the limits are or aren`t there any?

D: There are limits but they’re the ones you place on yourself. If something is way past your on sense of humour don’t say it. Otherwise just trust your judgement. What you really think is funny to say on stage usually is.

T: I don’t think you can place any clear limits. There is some subject matter that you can’t joke about and that comes down to common sense.

What are your future plans and how do you think this european tour will go?

D: We have various projects in the works, that we can’t talk about yet but they are coming along nicely, so just be patient on that front. And as far as the tour goes we’re hoping for the best.

T: A new stand-up show and a larger fiction project we are both working on and which I can’t talk about right now. 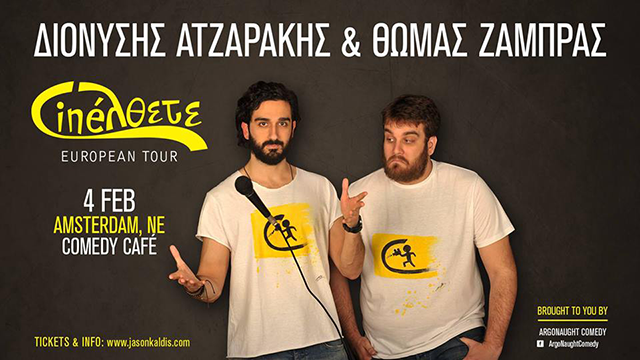 On the 29th of January he will perform at the Tolhuistuin in Amsterdam Noord. It will be a cozy evening…

Three experienced musicians, a legendary voice, an Underground company that has been going on for 25…