In 2004, Alex and George decided to make their great love 8bit games... into music, and keep alive the sounds they grew up! ... And so Videogame Orchestra emerged [VGO]!

Their purpose is to create a Video Games music file, based on adaptations and original compositions using various authentic sources and tools.

How did you decide to start writing this particular music?

We belong to the first generation of home video gamers, and this nostalgia of our childhood, inspired us to find a way to revive favorite tunes and give them a unique position into the present.

We wanted to share the fascination we felt and for this reason we decided not only to acculturate the chiptune sound, but to use synchronized retro graphics for our live performances. Following this, we tried to seize stimuli forming a general aesthetic, always filtered through the videogame culture. We were not interested to be limited only on covers of videogame soundtracks, but proceeded to original compositions and covers of music from films, favorite TV series, and discography hits. 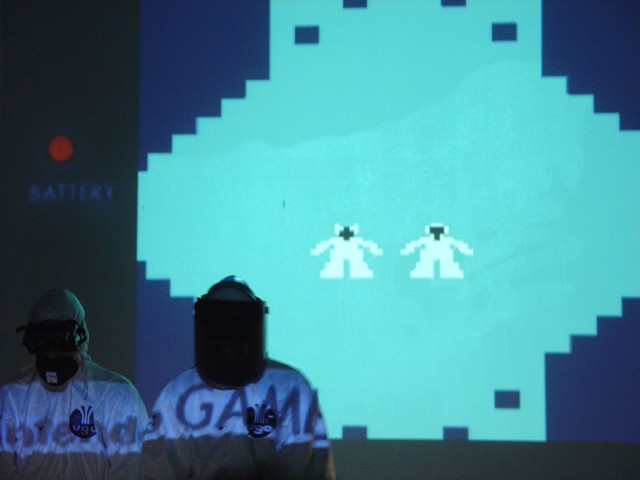 Where do you get your sounds?

Our sounds derive from a patchwork of sources, from video game consoles and retrop / toy synths, to DAW software, C64 trackers and modern synthesizers. We have experimented with chiptunes (Mk Ultra, Firecracker etc, mostly using LSDJ and Nanoloop sequencers on the Gameboys), with electro music (using even the Atari 2600 with midi), with orchestral tracks (World of Worldcraft, Conan) etc. Overall, we really love to get involved into sound design and are always trying to approach a composition with fresh ideas, and different platforms/instruments.

What kind of music do you listen at home?

Besides video game soundtracks, chiptunes and every genre relevant, we find interest in all kinds of music. It’s a “First in - First Play” tactic! There are some elements such as experimentation that we certainly look for; on the other hand we will love a good tune, from wherever it comes.

At your live performances you appear with masks. Why you do that and is it handy?

somewhat a surreal depiction of reality gaming. The biochemical masks and the whole outfit derives from the coolest script a videogame may be based: The destruction of Earth - or part of it! Also it's fun, not boring and people pay more attention to the music and the graphics rather to our faces.

This is of course not always convenient and depending on where we play, we use variations on masks in order to be able to breathe better. In a live situation for example the temperature was so high, that made our mask glass dazzled and we could not see anything. The performance took place though and it was one of the most successful we had (why does this happen all the time?). Anyway, afterward we’ve made several adjustments! 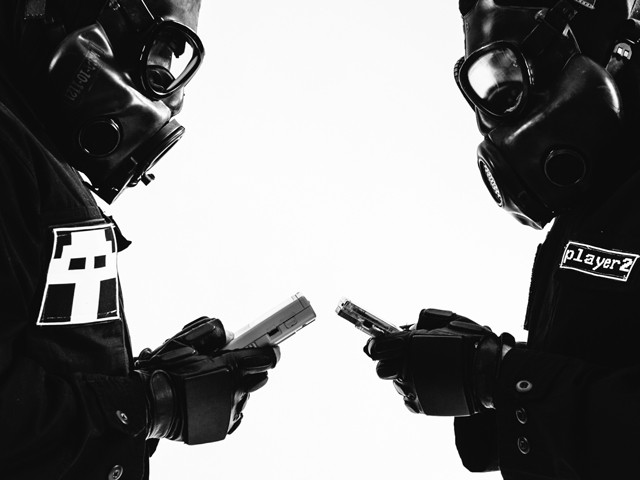 Is there audience for your music in Greece?

Unfortunately the audience - to this kind of music in general - is quite limited in Greece. Nevertheless we’re getting very positive feedback from our performances even when the audience doesn't fully comprehend what we are doing. The main volume of our listeners comes from Japan , America and from foreign countries. One of the cons in Greece, is that there is no scene for this music, so it is difficult to assimilate this music or even arrange festivals etc. 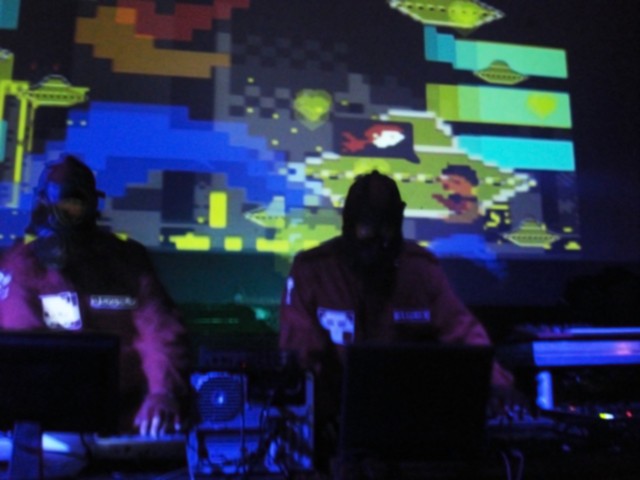 Until when you were sleeping with Atari in your arms and what was your favorite game?

Unfortunately there was not enough cable from the Arari to reach the bed and sleep with it, but we definitely played with our portable game consoles under the covers when we could! In the Atari 2600, our favorite games were: Moon patrol, Space Invaders and River Raid.

We were always dreaming of an 8-bit videogame with evzones for sprites, spits with roasted lamb in bonus rounds and old rifles for power-ups. The cover of "Ντούτσε", is exactly what we’ve imagined for a soundtrack of such a game!

What messages are you trying to get through with your music?

From time to time we might release music (such as "the Riot", "Chiptune Verao", collaborations with Mcs etc.) with hidden messages lying in layers, but this is not our basic attribute as a band.

In our personal (musical) works, we express our ideologies and beliefs, but for the project of VGO we want to consciously entertain the listener in a direct way, just as the video games did to us. To be more specific, the nostalgia of those days is deriving from the innocence and immediacy, something that the games and the gamers had. We want to experience that feeling and pass it on to the listener. 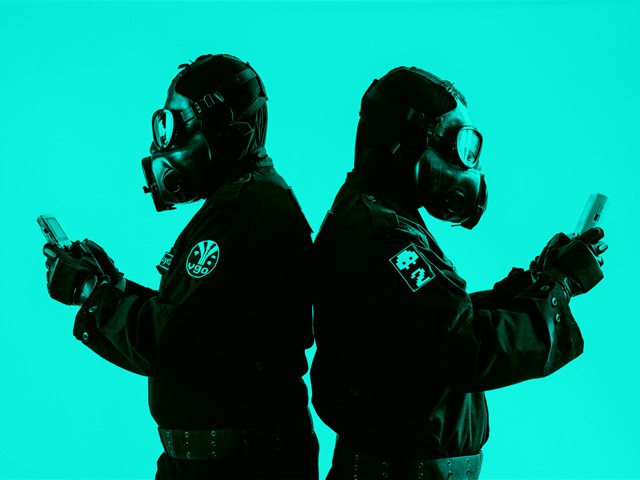 What dod you do for a living in real life?

We’d like to believe that our music has remained as interesting as it was like when we started the VGO project. Our equipment is constantly enriched, by adding new hardware or software but the music process remains the same - also as mentioned , most of our sources are retro gear and that's limiting by itself alone. Certainly, like all music producers, we have been influenced by developments in music technology and we often exploit the best out of it.

What has changed in your music from 2004 since today?

We’d like to believe that our music has remained as interesting as it was like when we started the VGO project. Our equipment is constantly enriched, by adding new hardware or software but the music process remains the same - also as mentioned , most of our sources are retro gear and that's limiting by itself alone. Certainly, like all music producers, we have been influenced by developments in music technology and we often exploit the best out of it. 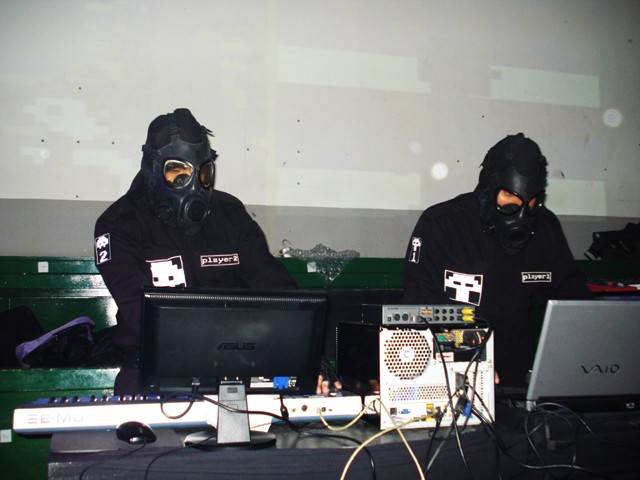 Has the economic crisis affected the 8-bit scene?

Everything has been affected by the economic crisis. This phenomenon is global and unfortunately most worrying. If you’re referring to the popularity of the 8-bit music, due to the fact that it’s a much smaller scene, the affection volume is also smaller. From our perspective, popular music and their exponents have been mostly damaged by this crisis.

What are the plans for the future? Do you plan to do live performances abroad?

A few months ago , we got permission to release two official covers of Yellow Magic Orchestra (Ryuichi Sakamoto and friends), entitled VGO vs YMO. Our goal is to complete an album with covers of our favorite YMO tracks, using only Nintendo Gameboys. We already have enough music ready to be distributed frequently (most of our music is free), over social media and our website.

Concerning our live performances, we maintain contacts with festivals and venues in order to book lives, but most of the budgets of the organizers do not allow the participation of such specialised music. Somehow the preferences of the public have been alienated by preferring something well-known to spend money. On the other hand, organizers won't risk their money on an unknown 8-bit band from Greece (lol). This leads to a vicious circle and the world ends up limited and boring. Fortunately, we have the Internet :) 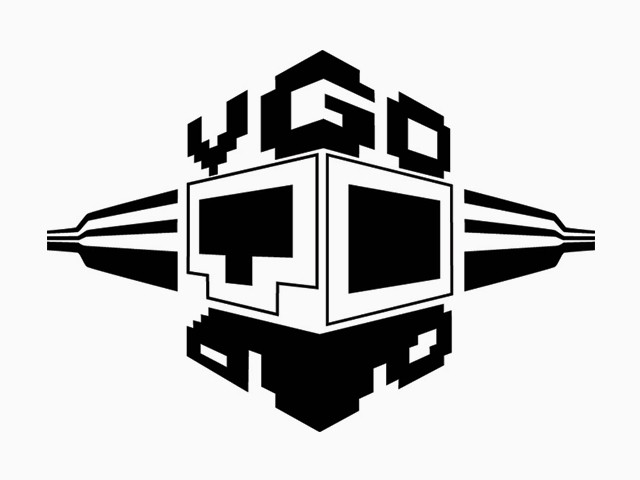 Here is a complete list of all the music stages on Amsterdam! Follow their program and you will have…

History of a social phenomenon. Kamakia, de harpoons, the tourist attraction of Greek lovers during the…