Producer & DJ Savvas Koutsidis (AKA Tyler) and Giannis Stergiou (AKA Adamantas MC) are two well known Hip Hop figures in Greece. In 2002 they joined their forces and after creating some tracks they decided to pick up the name Professional Sinnerz inspired by an Everlast lyric from “Rhyme in da chamber”! Ever since then they haven’t stopped giving us nice music and a different tone of Hip Hop in Greece.

On may 2009 they publish their first recording with Family the label and we get the digital single “Otan se eixa protodei (When I saw you for the first time)” that got them fast to the top and made them known even to my mother! They have no plans of stopping writing music, perform live shows or chasing their dream all over Greece.

Who are the Professional Sinnerz in 2013?

We are the same people we were in 2002. Adamantas on the mics and Tyler in production! 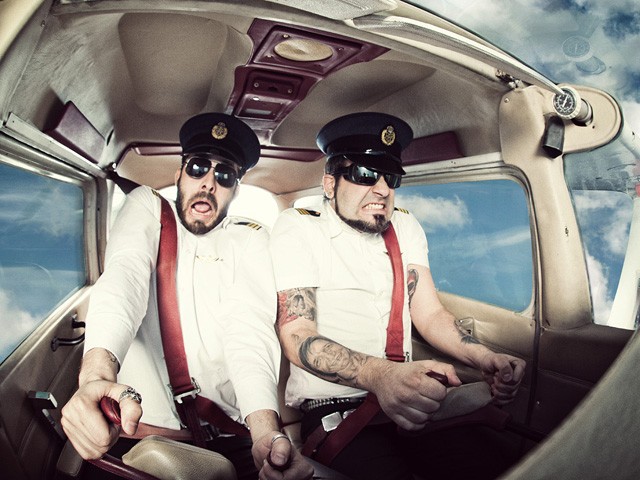 Now that you can take a look backwards, would you say that it was hard? What sacrifices do you have to make in order to be well known and get some great music out there?

It takes patience, a lot of good music, appetite for work, strong temper, doing always what you think is right, listen to almost no one else and of course, putting music above all else. We have had to leave, many times, in the past our jobs in order to do something for the group. 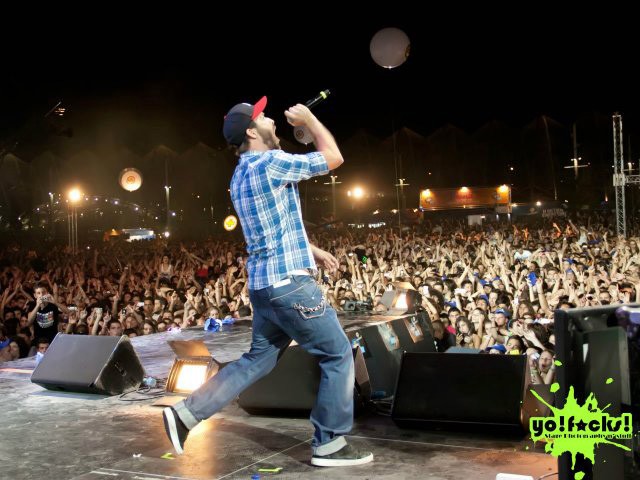 Who listens to your music and why?

Good question, one which I would also like to know the answer to! I’d like to believe that our audience is not specific. Anybody can listen to our music and find something that will express them. 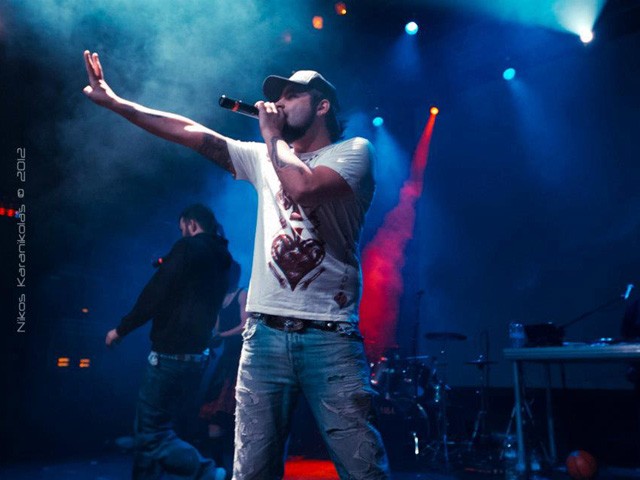 How do you see the Greek hip hop scene evolving lately? Do you like it that you are also a big influence on this new outburst in Greece?

I wouldn’t say its a new outburst, many years have passed so far and the “game” has been changed as many. The sound has evolved and so has the production, the lyrics have become better (in a very few MC’s) and more people are starting to listen in. But unfortunately there have been quite a lot of clowns emerging in this field and in its commercial field as well, but even on the underground scene. They, as always, come and go but always damage those people that are in this for the right reasons. 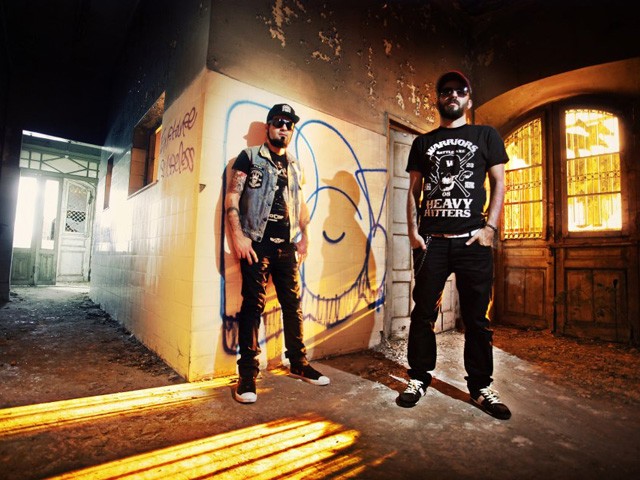 How much has the crisis affected Hip Hop? What has changed?

The crisis has influenced the subjects mostly and also the number of live shows that are happening as well as the numbers of people that attend them. I believe it hasn’t given anything positive besides one more roadblock for each group or rapper. Everybody can deal with this problem as they see fit. You either give up or you put it on your tracks or you simply ignore it.

What does it take for someone to start writing music? Who gave you the defining kick and got you started writing?

Talent of course! We have many untalented Greek rappers. It takes a right circle of friends that are always honest with you. It takes a lot of appetite for work in order to reach a great level. Its not enough being mediocre and having people say “ok, he is good”. You have to leave the best impression. We have plenty of mediocre and bad, we don’t need more.

We always had on our minds set on live shows. We wanted to get up on the stage and play our music. That was our first goal and of course each year our goals change. 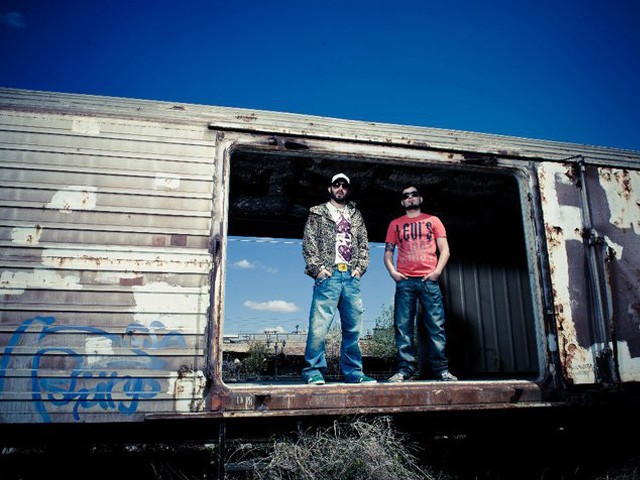 I happened to see you guys enjoying the live show of House of Pain in Athens 2 years ago. What kind of music do you listen at home with friends?

Many things. Rock, Hip Hop, Metal, Punk, Electro, Grunge. Basically, if it is good, we are probably listening to it. 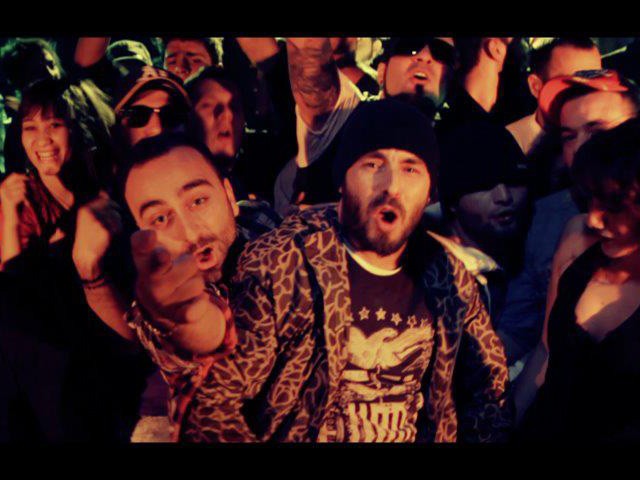 Can you tell me about the single you released with Georgia, “My childhood years”. Are you starting to get older and reminisce?

Slowly but yes. We had the track ready and Adamantas thought that it would be a great idea to have Georgia from Blue singing the main chorus. Thankfully she said yes and the track was released in its current version! It is the first time we are producing a single with female vocals on the chorus. We had done one track with Eleonora Zouganeli but that was a adaptation. Nonetheless you can go online on youtube and listen to both!

Now that the Greeks of your generation have scattered all across europe are you thinking about touring the big cities of Europe?

That mainly depends on the venue owners abroad. If they think we are apropriate to entertain the Greeks abroad then we are ready! We have had many attempts to play abroad, from Europe to the US but always something happens and it doesn’t pull through. 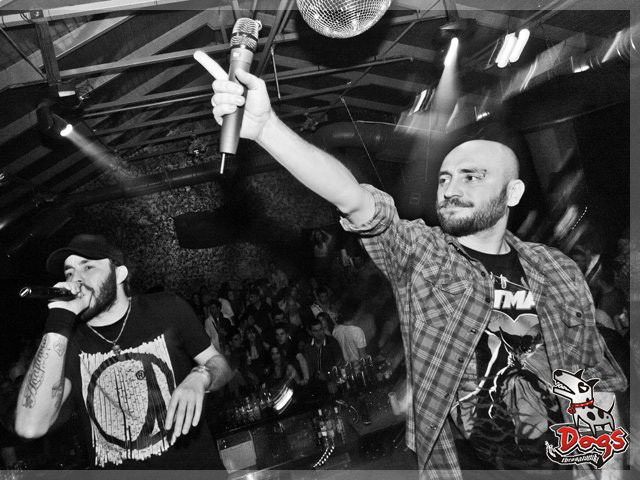 Tell me about a few things about your plans and a lot about your dreams.

Our plans are almost always steady. Get live shows, write new tracks and publish them. What we are doing is like a dream if you come to think about it. We are living of our music. So lets continue living this dream.

Make a song dedication for the end and to whomever you want!

“Pes oti thes (Say whatever you like)”, to all the Greeks, fans and not!

For more information you can visit the official band site www.professionalsinnerz.com and their group on facebook.

Playground Circus is a band from Thessaloniki, Greece with Punk Rock sounds and so much craziness and…

Akis from Kalamaria Thessaloniki, known to others as the 12th Monkey, is one of the guys that inspire…