Rotting Christ are undoubtedly one of the biggest bands that has come out of Greece. For 20 years now, the guys with their big dreams, managed to get thousands of fans from all over the world and share their music with anyone that loves Black Metal and Greek passion.

Sakis Tolis, AKA Sakis, singer, inspirare and the heart of Rotting Christ shared some of his valuable time, just a few hours before his flight to Belgium and had a chat with us about dreams, music and reality.

After reaching 1000 live shows, he is encouraging all musicians and Greeks alike to “spit out” their inwardness and make their dreams a reality. True, filled with precious experiences, talented (even though he will not admit it), realist and a dreamer, this is Sakis form Rotting Christ and that is why the band has hit top with their latest album released a few months ago. 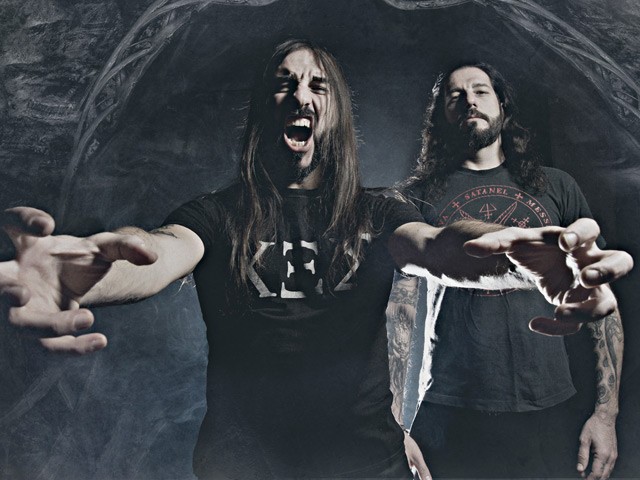 Today, Rotting Christ is undoubtedly one of the biggest Greek bands with fans and live shows all over the world. In 1988, when you first appeared using this name, did you believe that people would support your music, even in a conservative country like Greece?

Of Course not. Especially at that time, we were still kids and the only thing we wanted to do was play the music of our favorite artists and perhaps go on stage, we were embarrassed. But, after we actually started going through with it, we began taking it seriously, we could see that there was feedback and a lot of will. That is what separated us from the other bands. When the everybody else was following the classic life model, like getting a position in the public sector, we were on trains and with many hardships we were playing music all around the world. So we ended up creating a fanbase which helped us celebrate recently our 1000th live show. 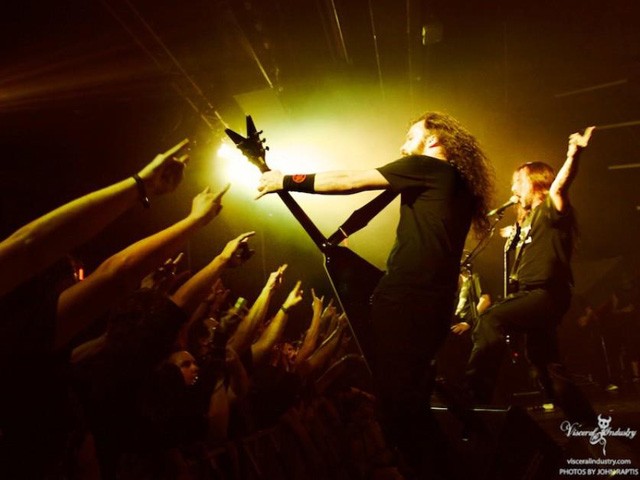 Have you ever thought about doing a bigger production, an ancient Greek tragedy with a metal background and Greek lyrics?

We are not that talented. Certainly all these thoughts play around in my head. But, because I write the music and am in charge for the whole concept of the band, well, there are issues in the middle. It would be hard to realise such a big project. 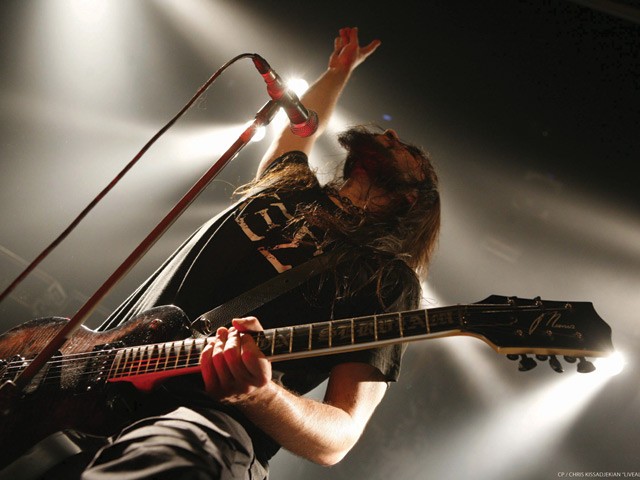 The metal scene in Greece is very active. You though, have been successful for many years outside of Greece. But not a lot of Greek bands have managed to step outside of the country’s borders for a career. Why do you think that is and which Greek bands that have made it have made an impression on you?

I don’t have to mention bands. Nowadays most of the bands are starting to get out of the borders, they get on a plane, play on festivals, but certainly don't build a “career” on that. Career in quotes, because even we, don’t have a “career”. I don’t even like that word. As for bands, Suicide Angels and Septic Flesh are touring outside of Greece but also quite smaller bands have realised that you nothing will happen in Greece, so they have started with busses, planes and trains to tour around in order to increase their fan base. There is a truly a big bloom in the Greek scene. It’s something that this country wants to “export” (not economically but culturally) and I would like for people to give their attention. Metal unfortunately, is the genre that has taken this course. 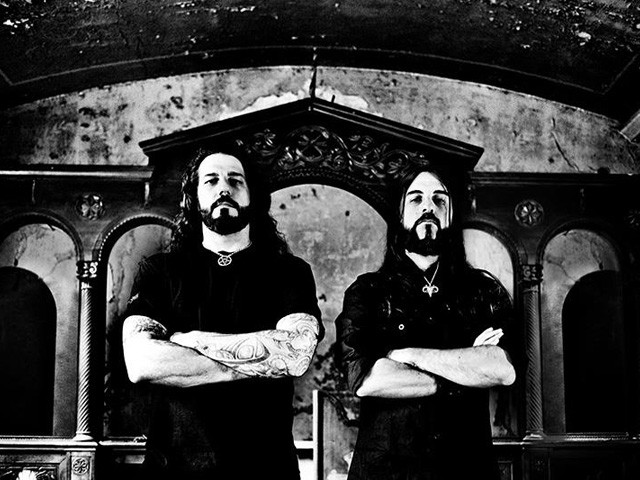 It is a good thing that bands nowadays understand that they have to get on a van (plane, train, you name it) and travel into Europe, because until now, most of the bands thought that in order to get out and play they would just have to find a booker to handle the bookings and lives.

Its not that easy and I really have nothing to say about that. The only thing that someone should do about this is what we did, take a chance, take a risk. Like I told you before, what separated us from the rest of the bands was that we had a lot of “crazy” and drive, in times where everybody around us just wanted to get a cozy job, while we were sleeping on benches and were always on the road. In past times, easier times, now, there is a lot of competition out there, its harder. But you certainly have to fight for your dreams. I've learned to fight for mine all my life and that is the message I would like to pass to anyone listening. 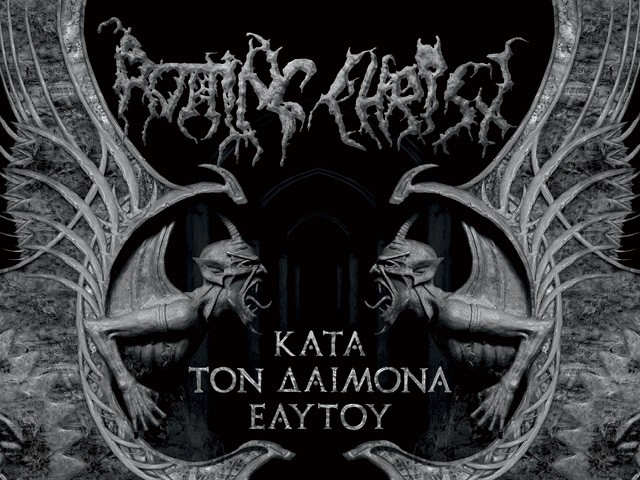 This year you released a new album, “Kata to daimona Eautou”. In English the translation that you chose was: “true to your own spirit”. How come you chose that name and what inspired this album?

Its a multicultural album that deals with gods and dark myths from many civilizations. From the Mayans and the Inkas up to the Greeks. An album that is according up to Rotting Christ’s standards, for the time we made Non Seviam, which means “I will not serve” a title that is similar to the current one. I believe we managed to produce a record that has taken great reviews all over the world and has us on the road touring. 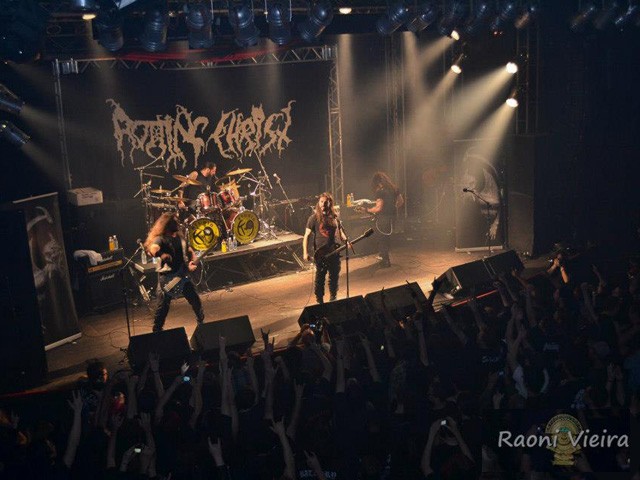 So, does Greece “eat” it’s own children or is it that each individual simply cannot understand the sacrifices that need to be made in order to chase the European?

You are in Europe and you can see on your own that Greece doesn’t “eat” its children alone, it is also up to the individual. But, you need to travel to be aware of that. When you try to explain it to someone who doesn’t travel he thinks that “Well, ok, your head got full of air and stardom because you played abroad”. But it’s nothing like that. We had a nasty turnaround, we were waiting for someone to find us a cozy job in order to achieve something. But the truth is not like this. The fight is out there, the sea is deep and we need to learn to swim in it no matter how hard it is and that is something that will start changing the average Greek. Greeks are creative by nature, truly restless, but unfortunately it is a great shame that they are stuck in their own ways and always think that someone else is to blame for anything wrong. Unfortunately we have to put things in perspective and that’s what we are trying to communicate to everyone and fight for till our final breath. That is the Greek and that is why the culture and the nation survived for over 4000 years.

Greece is still clueless because its a folk-guarded country that always promoted artists that didn’t have a clue, the “locals”. Its an introvert country, a village. The battlefield is Europe and that is where everyone should be trying to show that “yeah man, I am worthy out there!” and not just in Greece. It was that mentality that cause any alternative art forms in Greece to get swallowed up and chewed out. 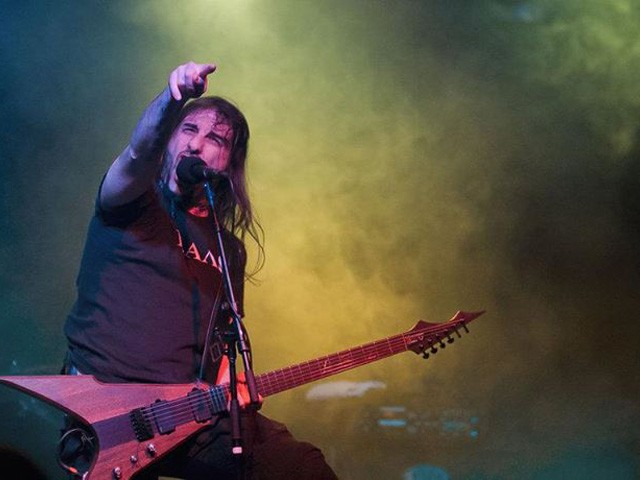 Have you ever considered creating a group that could help Greek bands that you feel are worth it, with their promotion abroad?

I would truly like to, but I have no time. I help out bands a lot already. Anyone that asks for help and while I am able, I open their eyes immediately, something that I had to spend decades to achieve for myself. In 91, 93 when we toured Europe I had just learned two or three basic things by others that would have been better to know in advance to save us the troubles we went through. Like I said, I do whatever I can and it would be nice to have something organized but I’d also say that, this is something that is hard to put together. There are many differences in Greece and we do fight each other a bit. But yeah, if there was something, it would help. 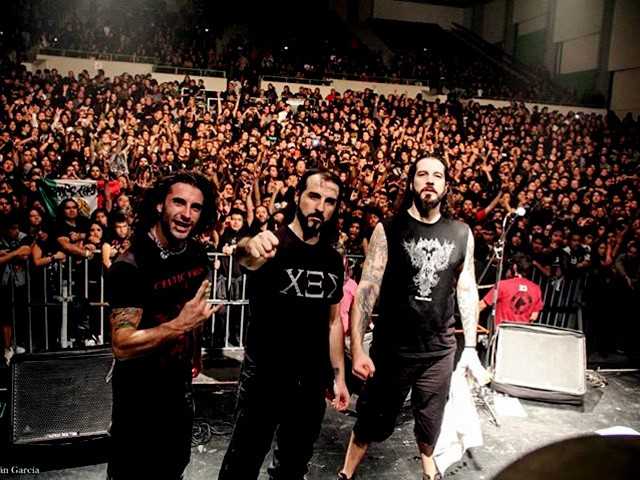 I caught up with you during your world tour. Where are you going to share your music this year?

You actually caught me a few hours before I have to board the plane for Belgium. We already shared our music in South America, many places all over Europe and had 16 live shows in Greece. Now we are touring the summer festivals. We hope we'll be back in Europe after October, the U.S also and if it is feasible, even Australia, well, a world tour. We are very close to achieving that. We are able to book live shows because the feedback we got from the album was great and people are asking for us in many places. That fills us with joy and makes us want to fight even harder for our dream. Through it we are also helping the Greek scene, without trying to sound pompous. 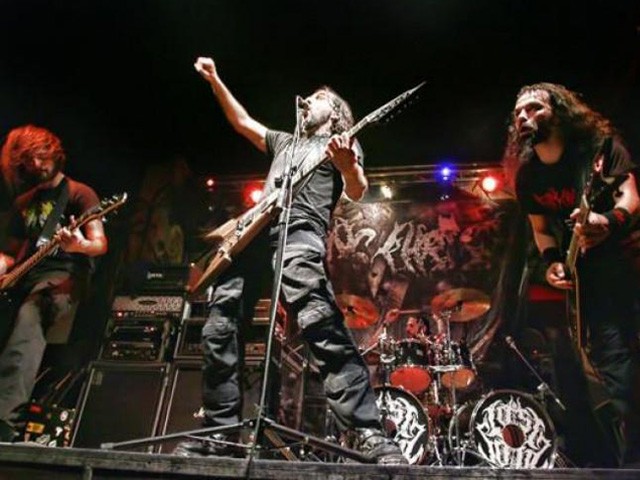 This July we ‘ll get the chance to see you in Belgium. You have also visited the Netherlands in the past for live shows. How was your experience here?

We have been in the Netherlands many times, especially in the past. We’ve played in Eindhoven but also in many other cities like Rotterdam. In Amsterdam, not yet, a bit outside of Amsterdam if I remember, but we’ve been in most corners of the Netherlands. We like this country. 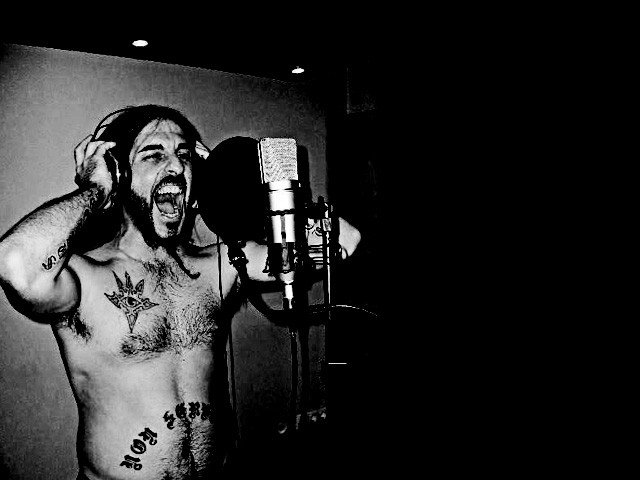 For over 20 years you have been composing, playing live shows and made countless fans all over the world. What is still left to give? Will we continue listening to your sounds 20 years later?

Our lives are still left to give (laughters). We still have a lot if our health allows it since it is an important factor. We want to continue to make music, make it our way of life and why not even influence young people in Greece to follow this life pattern, the alternative life and the classic, nation, religion and after that, family, buy house, get married, etc. Lets live a little, shed our introversion and show that as Greeks, we have a lot to say still. We are the generation that needs to get this done. And we need to realise this and give our enlightenment to the next generation, so, we carry on.

There are still reasons. And if I stop seeing the reasons, that where I’ll stop and say “Why are you still playing, to fool people?”. Well now there is one more reason. Wherever we go they are always asking us “How are things in Greece?”. We want to show them that whatever might be happening, we will survive and we still have things to contribute and create. 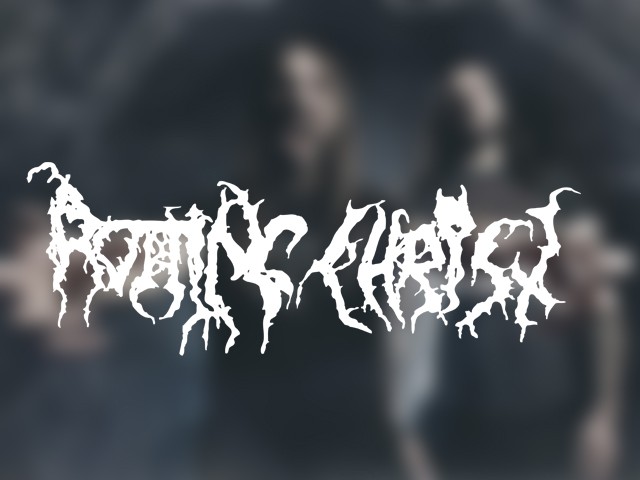 Rotting Christ, one of the most famous bands from Greece, with thousands of fans around the world and…